Our friends over at ModDB have started this year's contest, be sure to get involved and cast your vote! 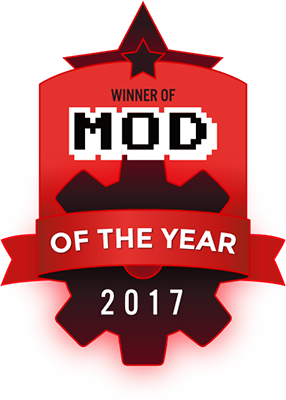 Back for a 16th time, welcome to the 2017 Mod of the Year Awards. You will find no loot boxes, microtransactions, unlockables or DLC here - just amazing free mods made by dedicated creators for your enjoyment. For the next 4 weeks it is up to you to vote for your favorite mods so that they may make the top 100 which will be announced on the 11th of December.

S.T.A.L.K.E.R.: Call of Chernobyl a massive crowd favorite won last year, and was closely followed by Enderal an epic total conversion finishing runner up and Hearts of Iron IV: The Great War coming in 3rd. If you need a refresh of how last year's awards went down head on over to the top 10 countdown's for both players and editors to see who stood out among the pack.

Show your support and start smashing those vote buttons for your favorite mods (and if your favorite mod isn't listed encourage the team to add it). Developers need to feel the overwhelming power and groundswell of support for mods, which drive so much creativity and goodwill in games of all shapes and sizes. There's been some huge releases this year, make your vote count and we look forward to seeing who will climb to the top, and be crowned the 2017 Mod of the Year.

Competition - 2017 Mod of the Year Awards