IS-3 The IS-3 was developed by the Soviet Union and was the successor of the famous IS-2. Both share the same cannon and suspension. The main difference is the improved armour layout, and a hemispherical cast turret (resembling an overturned soup bowl) which became the hallmark of post-war Soviet tanks. The IS-3 came too late to see action in World War II. Though some older sources claim that the tank saw action at the end of the war in Europe or Manchuria, there are no official reports to confirm this. 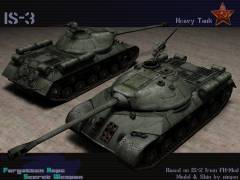 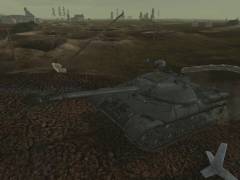 IS-3 with 122 mm cannon D-30T This variant carries the very powerful D-30T cannon which was initally thought as main weapon for the IS-6. In FHSW it is also euquipped with a mechanical loading system which makes him fire around 1.5 times faster than the regular IS-3. The fire power of the cannon is similar to the BL-9 of the existing SU-122BM and is able to take 1/3 of the Maus‘s health per shot if you hit the right spot.

All tank cannons get a more realistic muzzle flash depending on caliber, projectile velocity and the presence or absence of a muzzle break. 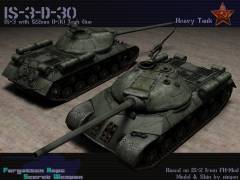 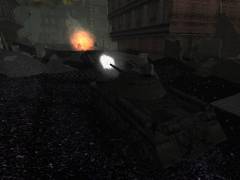 Jagdpanther with autoloader A new Jagdpanther variant with a mechanical reloading device will be available in the next version. It’s a magazine based system with five shells per mag. There’s a delay of only 0.7 seconds between each shot, but reloading the magazine takes long twelve seconds. The optical appearance remains the same.

S-51 The S-51 was an attempt to make the heavy 203-mm-howitzer B-4 mobile by using the KV-1S chassis. While testing in April 1944 the transmission had serious problems with the high recoil of the gun which couldn't be fixed. In FHSW the S-51 can be used for close support of tanks and infantry or simply as artillery to fire from great distances using the binocs. 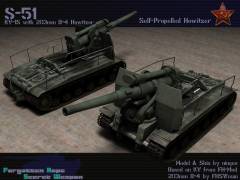 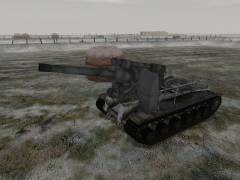 Sturmpanther This is a special variant of the Panther armed with the StuH 43 from the Sturmpanzer IV „Brummbär“. Only plans existed, no prototype was built. It has several advantages over the „Brummbär“, it’s faster, better armored and has a turret. The cannon is supposed to be used against infantry but you have the option to load HEAT shells to fight tanks. The projectile drops very fast which makes fighting over large distances a bit awkward though. 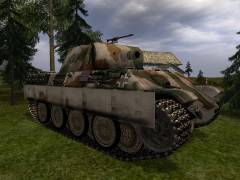 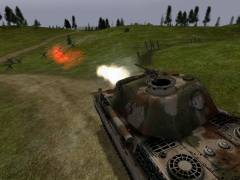 Churchill with improved armor Some Churchill crews improved their armor by simply adding tracks to various parts of the tank. This makes the Churchill in FHSW a lot more durable, the side armor is 110 mm thick, so you need at least a Pak 40 to be able to penetrate the side this rolling bunker. 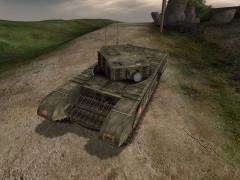 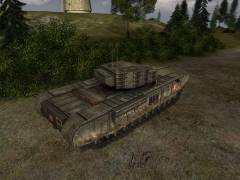 Valentine Mk. VIII The Mk. VIII is equipped with a 6-pounder instead of the 2-pounder. To fit this gun into the turret the coaxial machine gun had to be dropped. 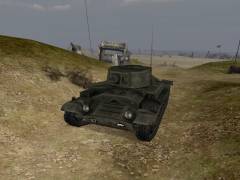 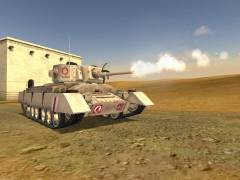 Valentine Gap Jumping Tank This extreme tank was developed to overcome trenches or other obstacles. Eight rockets were attached to the tank that generated enough power to take-off for a few seconds. Further developement was cancelled because it would not often land right side up. You launch the rockets with the alternate fire key and maneuver with WASD. You can fly about 20 meters before the rockets overheat. Be aware that there’s a risk that the tank lands on its top when the ground isn’t flat. 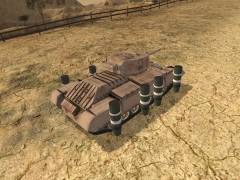 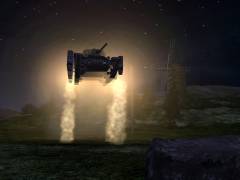 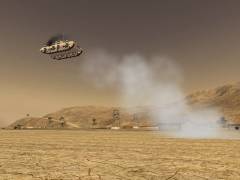 If do you cannot wait for release that stuff you can download the actually mod: FHSW and more Mods DOWNLOAD