AceSHere's a new model from me for your gaming pleasure. Its the rebuilt Me323 German Cargo plane, it will be able to transport vehicles and troops, makin it a valuable addition to the German Luftwaffe.

KämpferSince when were you so Pro-French?

The original Me323 is not on any map, and you should be glad it isn't because it kind of sucks...

I wonder if will also have it´s armament...

This version also carried several tonnes of armor and bulletproof glass. Eventually it was decided that escort fighters would be more effective and this version did not see wide-spread production.

Bomb load: One 17.7 ton bomb was dropped in trials, though the aircraft crashed during the trials due to structural failure after the test aircraft had been straffed by Allied fighters days earlier. 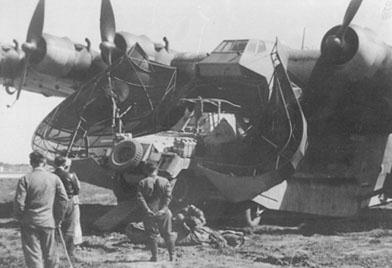