TheWharGoulOk.. Took out the star. and brought the poly count down even more.. its not at 2829.. http://www.firedragon.com/~lwg3d/upload/wip/2004/03/22-22461.jpg - Silent Assassin: What do they need that isnt already being worked on? Thanks for the comments everyone. :)

Play the game yourself , see whats missing, Mabye a , couple a tank destroyers , you can pick ,uh ect.but thats what i would do make tankdestroyers, self propelled guns ect examples(just suggestions) SU-76 76.2-mm(3-in) and a 7.62 mm machine gun 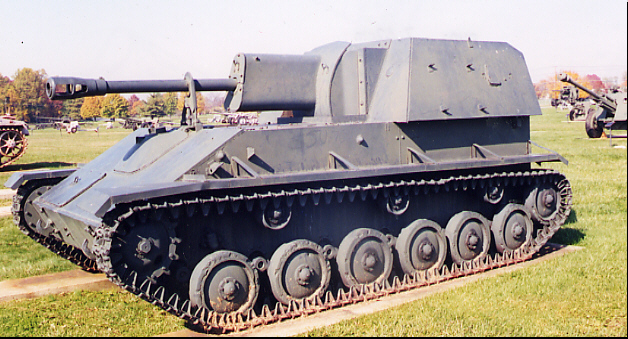 to many of these jagdtigers were made but whythe f not?128mm

also armored cars would rock ! but its up to you :) nice work btw

What about anti-tank field guns? Are they working on those for each side? Or how about motorcycles with sidecars? Perhaps some static objects like buildings and other such structures for maps, that would be nice and might help them out.

If I were you, I'd work on some Brittish or Japanese stuff. Those two nations are the most shorthanded right now. Russia needs some Mobile AA (if they had any IRL).

'[CNIOhioan']If I were you, I'd work on some Brittish or Japanese stuff. Those two nations are the most shorthanded right now. Russia needs some Mobile AA (if they had any IRL).

haha im checking , in my big ass book "The Encloypedia of Weapons of World War Two"

russians had something called..hmmmm ZSU something

polycount is perfectly alright. How about adding some more details to this tank?

There is an Elefant modeled already. http://forgottenhope.bf1942files.com/vehicles/german/Elefant.jpg I would say maybe a KV-1 ,one from the SU/ISU series or one of the Ba armored cars for Russia. Poland could use a Vickers tank, tankettes or basicly any vehicle. Britain could use a Bishop and a Humber. Don't know much about the rest.

WooHoo! a dev posted here and encouraged you!!

We now return to your regular programing

"Entered service in second half of 1943. Very few of the SU-37-2 were produced. Mounted a model 39 37mm fully automatic in an open topped fully rotating turret mounted at the rear of the vehicle."

EDIT: The above link says the ZSU-37 was not used in WW2 and only about 75 were built. My book says it entered service in 2nd half o 1943 and about 700 were produced. Until I find a 3rd source to back up either claim not sure if it was used or not.

Only other AA vehicle I have seen was a GAZ-AAA flatbed truck with a pintle mount and a rack of 4 Maxim heavy MG's mounted horizontally side by side. http://www.russianscalemodels.com/vie_mode.asp?id=3850

Or GAZ-AAA with 2 x DShk pintle mounted in back http://www.russianscalemodels.com/vie_mode.asp?id=3543