Since the situation between Iran and the USA hasn't been going to well lately with Bush ranting and Ahmedinejad waving his finger at Bush. Both sides have very interesting militaries.

I thought a mod based on this conflict would be quite fun since a lot of maps in BF2 are based on possible future events/ones that could have already happend.

Mi-8 from BF2 MEC side for transport. 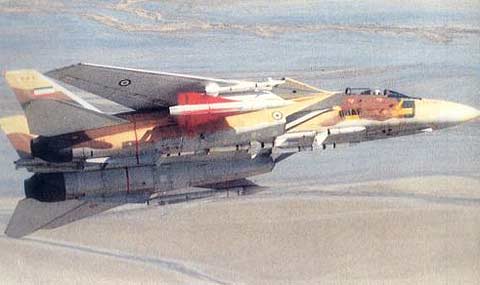 Static AT system would be replaced with Kornet-E

I can model and map a bit but currently tied with other mods but can help a bit, this is totally open to suggestions/critism/anything else etc.

so pretty much Desert combat or BF2 with different flags?

testicle with legs;3378651so pretty much Desert combat or BF2 with different flags?

Yes. DC is based on the First Gulf War.

Ok well taking that into mind.

This would be a lot a different. Since the First Gulf war both sides have developed a lot of new weapons. Iraqi weapons back then and for Gulf War II were pretty bad, let alone compared to Irans.

DC is rather unrealistic in terms of a T72 without a good FCS/FLIR will be wiped off the map very easily. Iraqi helicopter such as the Mi-24 got owned in the Iran-Iraq war so it would be pointless to even bother using it in Gulf War II. Iraqi MiG's lack any firepower or performance at all and got owned even in the Iran-Iraq war.

Iran-US War 2007, would have what we have today and every plane, heli, tank or gun would be made to how performs for real.

Unlike BF2 it would not "nerf" a weapon due to it being overpower but balance with numbers.

Putting this into an example for how DC should be done:

For this mod it would be unneccessary really since most of Irans stuff is near enough equal. In the event of an unbalance, numbers would be investigated and examined.

Desert combat has already been done I dought that someone will make it again. look >www.desertcombat.com

This will be different from desert combat.

T72Z is a piece **** today I guess, even with a good FCS/FLIR it would be able to hit but unless extensive shell development for 105mm M68 ammunition was done then it would not hurt an Abrams unless maybe from a side or rear shot.

The actual T-72 although is very capable. IMO should be called T55Z as it's a bit misleading for some.

F-22 and B2 would be a great addition, I can supply a website (able to build one), but a dev team is needed and I know they don't grow on trees unfortunately :(

this war could have been the reason the MEC is formed.Looks like itd be a good mod