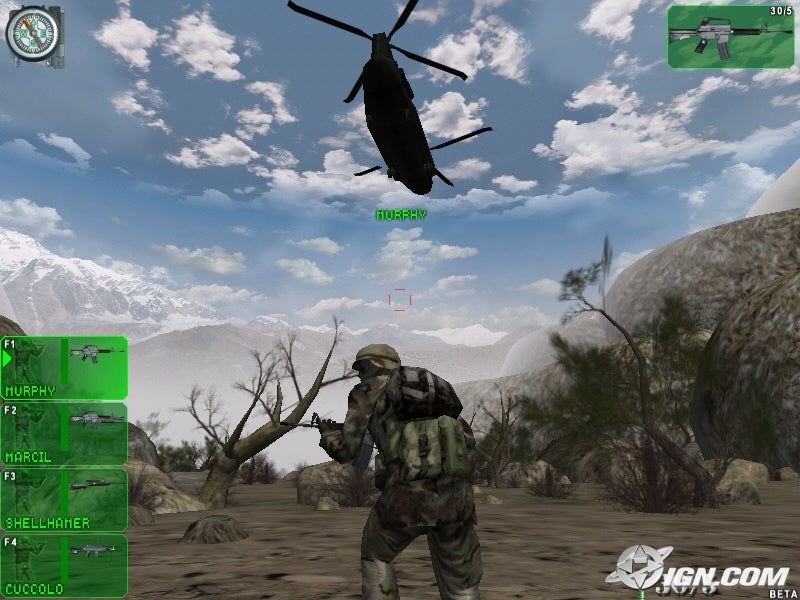 LMAO, we have a better chance of finding him !!:D

Hmm a bit pointless with all that american/osama stuff in here, go watch fox news or something if ure that keen on the whole scam and too weak to join the marines. Anyway about tracers mentioned above its ofcourse not realistic that all weapons have them and thats even with every second round or so. But i guess the point is exactly to make it easier spotting where fire is coming from. Some of the maps would be really hard to play with the bushes and long distances if this little handicap werent featured.

i think its weird how people just come in out of the thin air to replace dead men :daddy:

1. Tracers-these were only used on used HMG's and the like. Even MG crews disliked them because they gave away your position. And honestly why do the sniper rifles shoot tracers? That's just stupid. 2. Where's the other HMG's? There's no American .30's or .50's. I don't know about you all but I really want a Browning .50 cal. 3. Yes the MG42's would heat up to the point of melting the barrel (Every German HMG came with an extra barrel for that very reason). There should pauses for barrel change outs and belt changes-you never run out of ammo. 4. True the thompson was rare at the beginning of the war, but mid way through the war they changed their manufacturing processes (ahhh college...) to get rid of the complex milling operations and replace them with cheaper stamping operations. Thats why the grease gun was so cheap it was almost entirely stamped. 5. I'd like to see some movable MG's. At least some moveable LMG's. In MP game the MG's are fixed so as soon as you hear it fired you run and shoot the gunner in the head.

CoD is a pretty good game, but has a few serious flaws:

2. The weapon sounds are horrible and totally unrealistic. If you have a gaming company and a lot of money like Activision, how hard would it be to make digital recordings of the actual weapons and use them for the game? I mean, come on, really. There are associations of people who own and shoot these vintage weapons for fun. I imagine for the cost of ammo they would be willing to shoot for the microphone. When playing multiplayer CoD with a lot of guns going off, it sounds like a massive swarm of hornets, not guns at all. Cheap sounds is just a way of ripping of the gamer by making it cheap to produce the game. I expect more for my 50 freaking dollars.

3. There is no teamwork necessary. GEEEZ THis is one of the best features of some of the best WWII games. Without teamwork, like ammo carriers, medics, engineers, etc, I think the game will never be half as good as it could have been. Some of the more recent games that have such features have made me and many others spoiled on this idea.

4. Objective is not required. Despite their flaws, the fact that an objective is required on every map is one of the things that has made Return to Castle Wolfenstein and Wolfenstein Enemy Territory such fun games. The best games are objective only, and there should not be anything else going on in a game. Team deathmatch is just lame as hell. There's no point to it at all. Might as well be playing DOOM. For crying out loud, even Quake had CTF. Infact, just for trivia purposes, it's interesting to know that Descent II was the first game in the world with CTF right out of the box . And no, CTF would be totally silly for a WWII game. Please don't go there.

5. The British weapons suck. Nobody wants to shoot a machinegun with a magazine sticking up in your face. The balance of weapons for the British sux too. They should just issue a patch that removes the british team from the game altogether. If it's gonna suck that bad, just remove it. I never and will never play British again. When a map loads that requires me to be British because the German team is full, I disconnect and look for another server.

This is from APRIL. You resurrected it why?

Everybody said what I think of it what is unrealistic, and I have another one: You have WAY too much ammo. I don't think a Garand carrier carries 8 bangaleres around his middle, usually that was 1 with one in reserve: a total of 96 bullets!

people aren't ready for me.

why do you carry on a topic from may???!?!?!??!?!?!?!? either way, if you want realisim servers, there are tactical servesr out there which give ya real stuff. one or 2 tommy guns, unlimited m1's, few carbines, one bar etc etc. medics, egineers, the whole pack have a :beer:. its on me.

No pudding for you..

Sovetskeey It really brought out the sense that Russia was very under-equipped during the war.

Actually they weren't. That whole thing was copied off of Enemy at the Gates which was copied from a book and then rewritten and they added they're own things. The whole 1 man with a gun 1 with the ammo thing was just a Hollywood Act.