i found this on relic forums Original List and all information by: EvilKillaruna. Updated by: Hive_Node

remember SkyNet? Ya we evolved

um.............this is very cool to read but spoiling somehow to most ppl dont u think? i mean, i like the suprise when the next demo or when the game actually comes into retailers, but thx for info on necrons, now i know what to expect from them.

He say I know you, you know me

I hope its true cause pariah are freakin awesom, and i havnt seen any videos of them though so i didnt know if they were in the game.

has any one noticed that the stealth teams some times stop being invisible or is it just me?

As yet another dream falls...

Yeah, when they get REVEALED

no they gust go out of it when there walking

If what puts here is actual, the expansion will be better of it than me he thought. :eek: Could you put the link of the page that you have read it?

remember SkyNet? Ya we evolved

pariahs r confirmed to be ingame, here's a screen shot n a link to wikipedia about it, in fact, all the units except C'tan Deciever will be in the game: http://en.wikipedia.org/wiki/Dawn_of_War 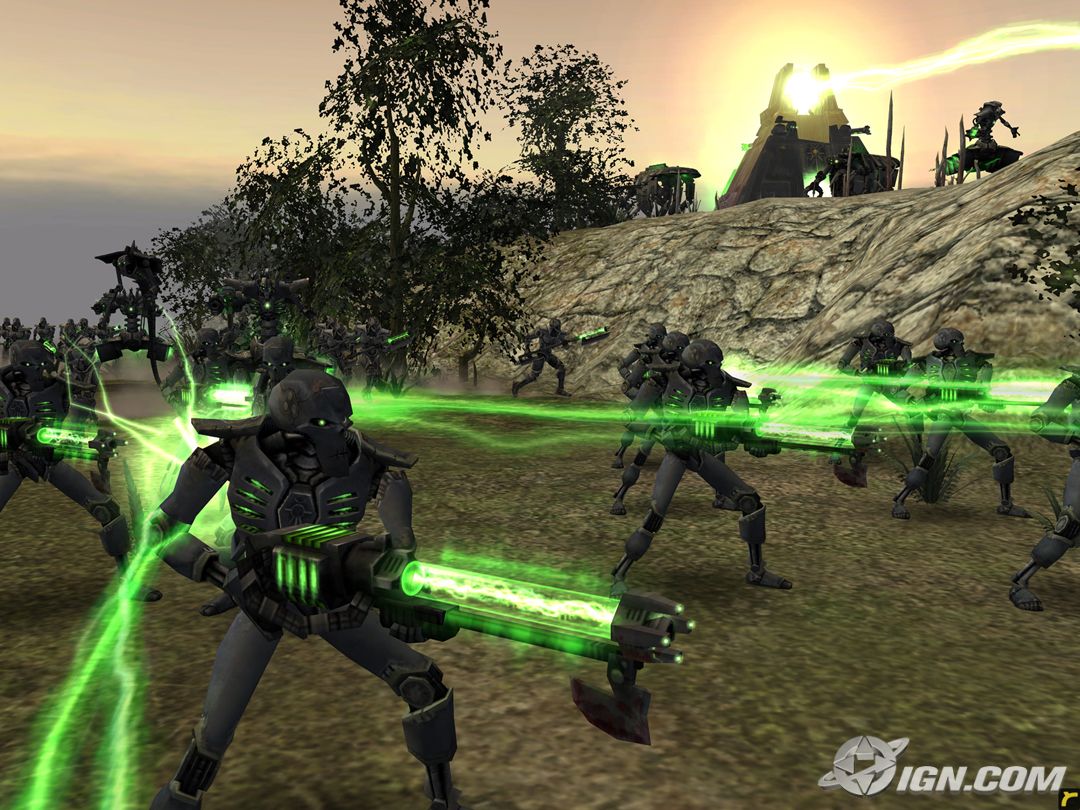 if u guys noticed, relic is doing all units from games-workshop except Deciever, which im my speculation that relic might do 1 last exp for DoW because their is no more units to include in necrons except deciever.

I like the way relic modeled the destroyers & the heavy destroyers. They look pretty menicing (imo)

by whom we live