OK, I know that you guys are playing Jedi Academy, but anyway I've decided to make a new map. I'll release this map for Jedi Outcast and when we get a GTKRadiant with JK3 support I'll release it for JK3. I made the most of this map and I posted some preview pics.

Also, I need a model of the Republic Cruiser. If anyone can get me one, I would be more then gratefull. Offcourse, I'll give him a full credit. My map wont be complete without it.

Here are some preview pictures. Map still needs a lot of work, there are leeks everywhere, but I'll fix everything. 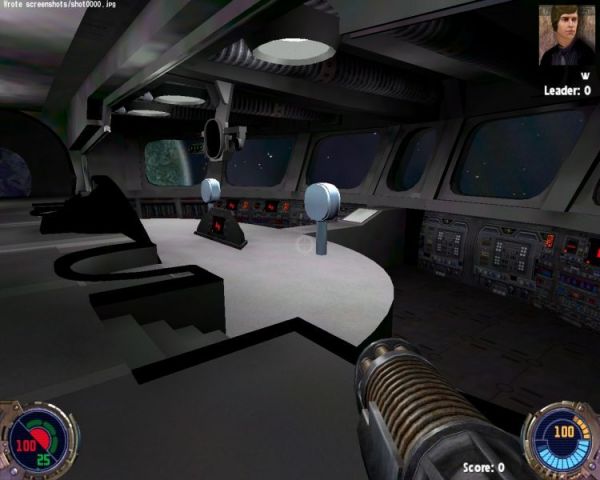 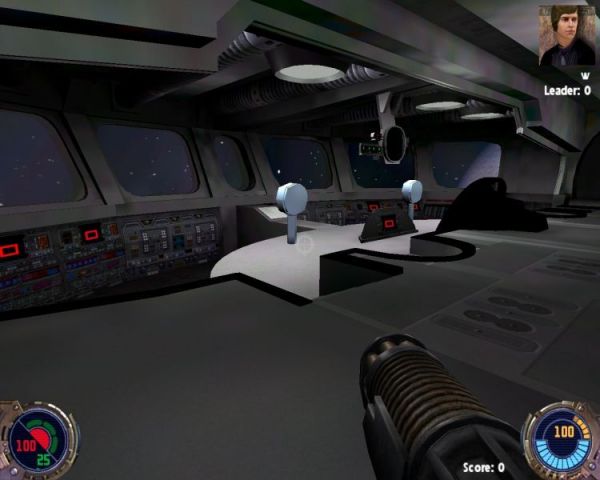 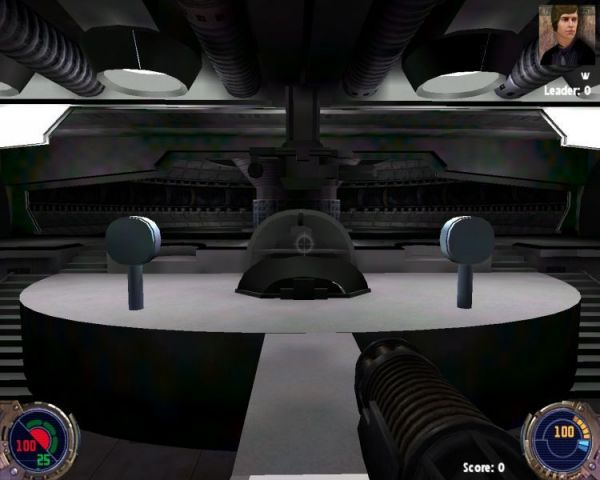 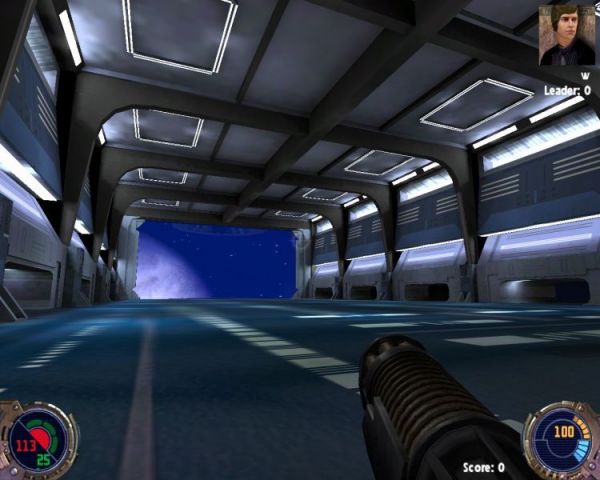 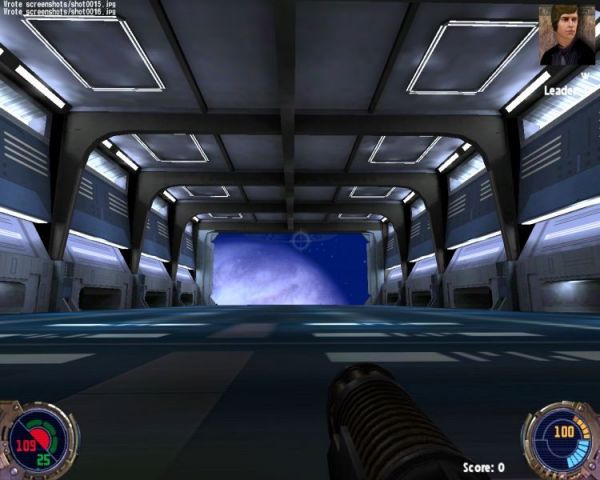 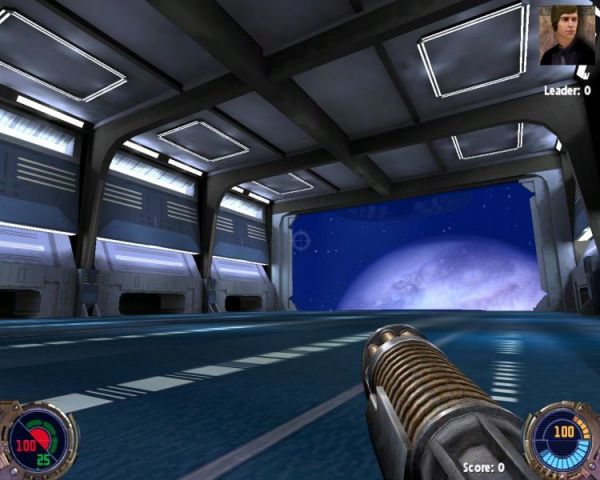 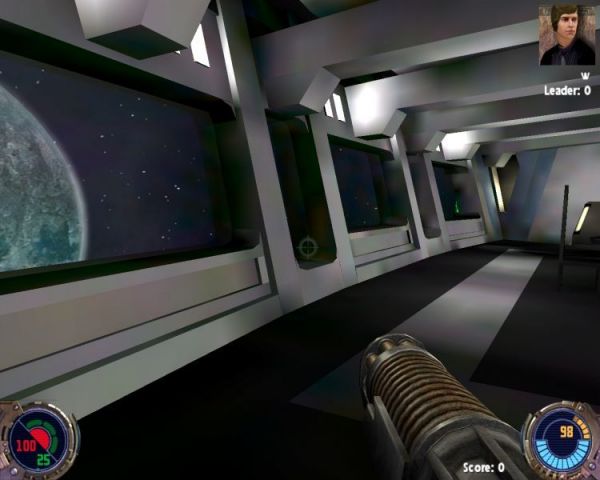 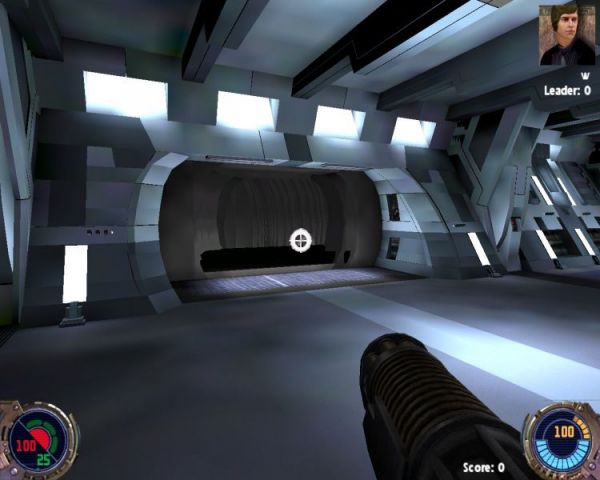 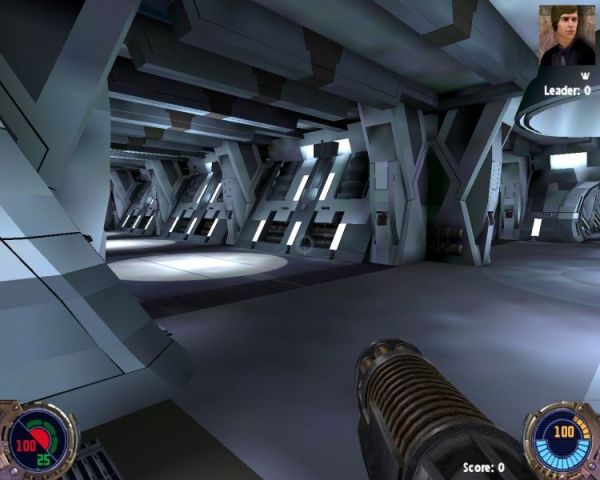 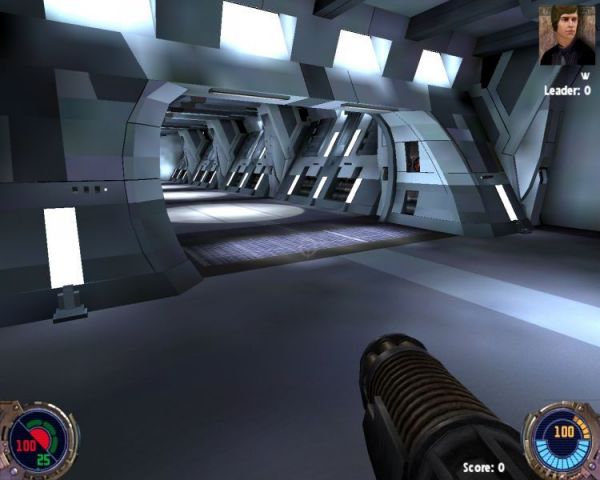 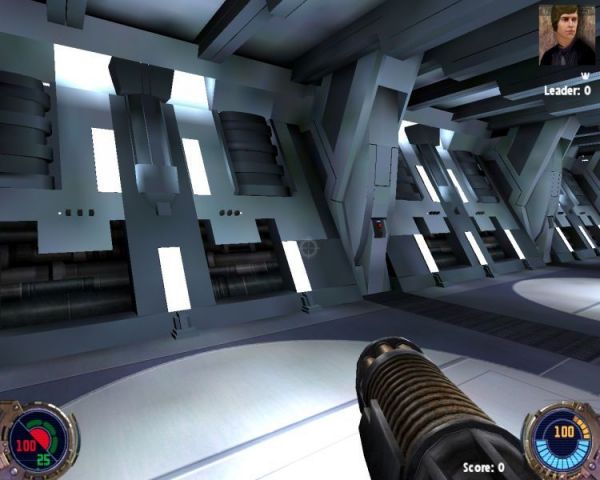 Guys, can you tell me how to post pictures, but not as attachment?

Guys, can you tell me how to post pictures, but not as attachments?

Anyway, you can see these pictures also here: http://f1.pg.photos.yahoo.com/ph/phantom_bre/lst?.dir=/Trade+Federation+map+screenshots&.view=t

Also, here's zip file with screenshots, if NOTHING ELSE WORKS!!!

wow, this map looks REALLY REALLY good...when will it be released??

No Time to Cry

Looks pretty, really.But may I give you some suggetions:

Stretch out the glass texture, so it doesn't look all strange and funky. For compiling, get q3map2toolz (link), and i believe you use q3map2, but it doesn't really show. Try adding KEY: _lightmapscale VALUE: 0.5 in the worldspawn. Also, you have some lightspots which seem illogical. Finally, for your republic cruiser; get some junk-like textures and make it AFTER it is destroyed.

And please, stop calling JA JK3. It isn't. If you don't believe me, I'll post an e-mail from Raven Software claiming that it is. But your map would look ok in JA, besides, you can already port it, no need to wait for a new GTK.

Thanks guys. I'll release this map very soon, i just have to fix some problems.

GothiX, thaks so much for your suggestions. These are only preview screenshots, so there are still a lot erros (ugly textures, bad lighting). Great idea for the Rep. Cruiser. Yeah, I know that JA isn't JK3, but we've been calling it JK3 since before it has even been released (Did I said this correct?). OK, JA. I'll post some new screenshots when I fix this map.

Also, everybody please tell me your suggestions to help me make this map better.

PS: Sorry for my bad English :)

That'll double the standard lightmap data making it take up to 2x more lightmaps...the usual thing is a _lightmapscale of 2 (or even 4) and func_group the things you want detailed shadows on...a global lightmap scale of 0.5 is not a good idea.

No Time to Cry

WadeV1589That'll double the standard lightmap data making it take up to 2x more lightmaps...the usual thing is a _lightmapscale of 2 (or even 4) and func_group the things you want detailed shadows on...a global lightmap scale of 0.5 is not a good idea.

It usually works good, and gives a great atmosphere to a map. besides, q3map2 reduces the BSP size drastically anyway. But, if his map is, like, HUGE, he could indeed do that, though maybe another way; simply by giving the ones that need LOWER res the values...