You Will Be Exterminated!

Simple enough, I'm a little curious as to everyone's favorite Villain and Hero from the world of science fiction. It can be anything from individual people to organizations and empires. 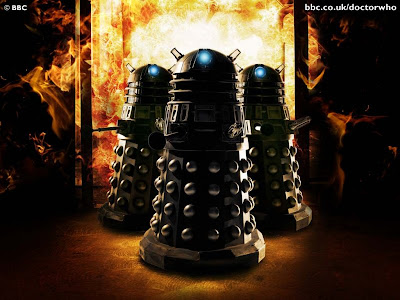 Where else are there mutated creatures who use tank-like travel machines and are an allegory for everything that is evil in the universe.

And The Doctor from Doctor Who as well

A Timelord from Gallifrey who travels in time and space righting wrongs and defeating evil wherever he finds it, and all while just trying to see the sights the universe has to offer.

First things that came to mind were:

Villian(s): The Goa'uld System Lords, especially Baal. Hero(s): The 'classic' SG-1 team, before Col. Cameron Mitchell and Vala Mal Doran were made apart of the team.

Villain: Khaaaaaaan!!! The genetically engineered superhuman marooned by Kirk on Ceti Alpha V. Definitely the best sci-fi villain ever to grace the screen.

Villain: Mom from Futurama... ("make that bastard your bitch you bastard" etc...)

For me the hero would also probably be The Doctor

For Villain it has gotta be T-Bag from Prison Break (Though Sylar from Heroes came close).

You Will Be Exterminated!

I'm likin' the choices here, especially the amount of Doctors:D

In that case, I have another Doctor for you. =p I have two favorite villains, both from Star Trek.

Captain Power and the Soldiers of the Future 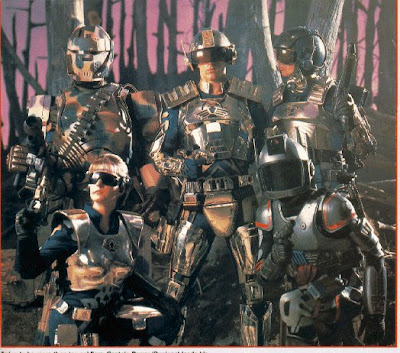 My favourite villain (and mastermind) would be Palpatine, also known as Darth Sidious in Star Wars (see this page if you don't know). He's, as said, a true mastermind and pretty much one of my favourite characters overall. I must say though; his master, Darth Plagueis, is close to Sidious on my list. Palpatine also makes a reference to Plagueis while talking to Anakin.

I don't really have any favourite 'hero', but if I had to choose one, it'd be Captain Kathryn Janeway (see this) from Star Trek: Voyager. Don't ask me why, I just feel that way I guess.