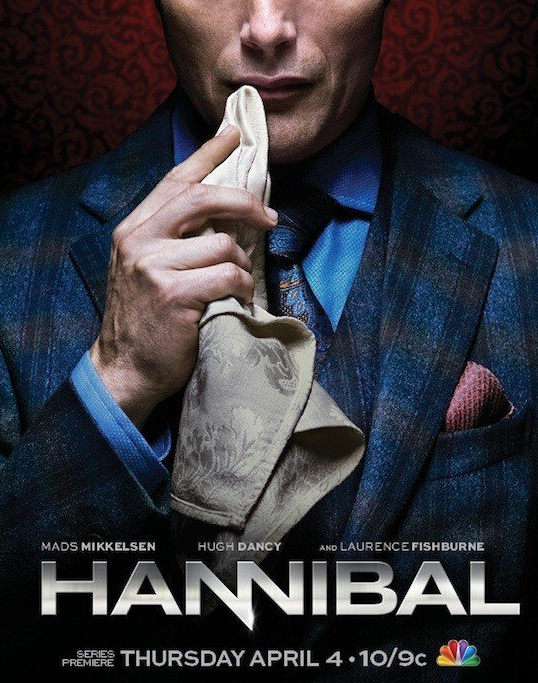 I assume most of us are familiar with the character of Hannibal Lecter from the movie Silence of the Lambs, as well as its sequel and two prequels.  Several years ago, a TV series was aired that gave its own unique vision of Thomas Harris' novels and characters.  If you're a fan of the movies, I'd definitely recommend watching the show.  It's only 3 seasons and has consistently great performances from Hugh Dancy (Will Graham), Laurence Fishburne (Jack Crawford), and Mads Mikkelson who, in my opinion, is the best portrayal of Dr. Hannibal Lecter.

"Will Graham is a special consultant with the FBI. He has a special gift whereby he can empathize with any individual and put himself in their shoes. This means he gets to help solve vicious murders, especially those involving serial killers, as he can profile the murderer - their method, motives and personality profile. For a particular case, the FBI also seek the help of Dr. Hannibal Lecter, a highly-respected psychiatrist. Will and Hannibal hit it off, and Will becomes a patient of Hannibal. Little does he know or suspect that Hannibal might be the most wanted serial killer in the US."

WORD OF WARNING:  If you're squeamish or were at all offended by the content in the movies, just know this series is also extremely violent and bloody.  Sometimes, scenes can even rival Game of Thrones in terms of severity.

That said, it's a wonderfully executed show with brilliant cinematography, clever writing, and plenty of suspense for fans of psychological thrillers.