I just found out that Spawn is coming to GC - (http://www.namco.com/games/spawn )!!! I knew I was making the right choice when I got my GC. What games make you glad you're a GC owner? Here are some of mine:

R.E. Zero Animal Crossing Star Wars Rogue Leader (and Rogue Squadron will be out before X-mas! - I think) Metroid Prime

I couldn't live w/o these ones. What are some of yours?

i dont play mine as much as i do xbox though

True, but the fact that it is also going to gamecube makes me a very happy camper. 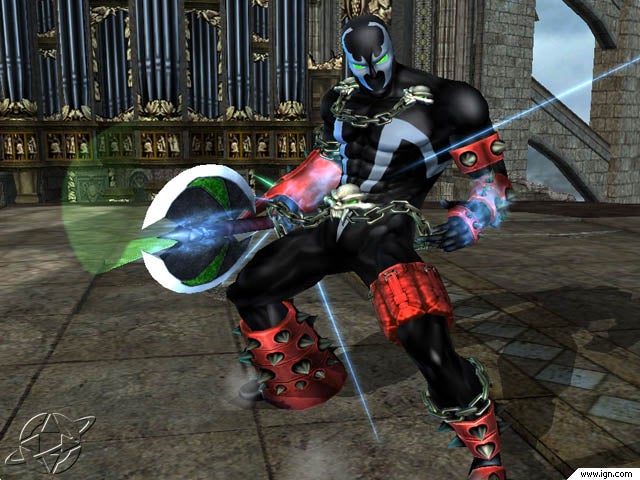 im an xboxer,but i dont dislke gc y do you like animal crossin,i wood be embarased if i ownd it RE 0,not fair,u get it boxers dont :(

I'm the same, but i like all videogames in general, xbox just happens to be my main love

animal crossing is insanely good, addictive and fun i dont care if people call it kiddy, yadda yadda it was created so any type of gamer can play it, young or old, noob or hardcore

although i'm not a fan of survival horror, haha so i dont mind that gc gets RE0 eventhough i own one

wot is nimal crossin like, it looks so babyish,no offence,tell me y i should like it,wat has it got that..... doom3 hasnt?

ok, well first off, learn to use the keyboard and how to type properly.

secondly, its stupid to compair a simulation/adventure/etc game to a FPS, thats like compairing fruit to meat, makes no sense

if you havent played it, then you dont know shit. end of story.

and no, i'm not going to try and sell you into playing it, because you're obviously not interested

haha same to you buddy

on the contry,im a melo as melo yellow