So this past week I decided to dust off one of my favorite flight sims of all time, Jane's ATF Gold.

I spent hours and hours playing this game as a little kid. Then it sat in the closet for ~10 years.

First, I had to hunt down the patch needed to make the game actually work, and set it to run in Windows 95 compatibility mode. But it worked.

I don't know what it is about this game, but I've had more fun with this game than with any other flight sim. The graphics are 2 steps above Falcon 3.0 level. The flight models aren't perfect, and many aircraft share cockpits. So what is it about this game?

Another part is that so few games have such long campaigns or such well designed missions. Janes USAF and WW2 fighters are two other sims I've spent significant time with, and while they are great games both of them put you in the cockpit ~30 seconds from the action. In ATF you often start on the runway, and other times start in the air 40-50 miles out from the target area. This means you can plan your approaches. Sometimes, tweaking the default waypoints and taking a roundabout route is the best way to beat a mission.

Which brings me to the campaigns. There are 3 of them: One against Russia, one against China and one against Islamist rebels in Egypt. All of them are very well researched and the underlying geopolitical scenarios are quite believable. And these campaigns are long, running to more than 40 missions each. When it comes to advancing in the campaign, survival is the most crucial thing. If you die (and there's no wingman switching here), you have to re-fly the mission until you don't die. However, you can fail a mission and not die. In that case, you still advance to the next mission (although failing 5 missions gets you removed from the theater). And there's another catch: You can't quit the mission whenever you hear "mission accomplished." You actually have to make it back safely to your base before you can quit the mission and still pass it. Oftentimes, this means fighting your way through unexpected swarms of enemy fighters, or dodging SAMs, or nursing your throttle to try and avoid running out of fuel, or bringing your limping heavily damaged aircraft with jammed ailerons back 60 miles to friendly territory. If you bail, you can still succeed at the mission, but you can't continue the campaign unless you are rescued (which is a hit or miss proposition). Sometimes, the line between success and failure is knowing when to quit the fight while you are ahead.

Once in this game, I got chased 3/4 of the way back to my base by a determined MiG-21. He fired all 4 of his missiles, which I evaded. He then locked himself on my 6 and began firing machine gun bursts. I was flying less than 100 feet off the ground jinking up and down to avoid his tracers for a good long while, in an aircraft so damaged that one more shot would have been it. Soon enough, this determined AI pilot also ran out of ammunition. And yet, he still kept chasing me. I was hoping that an AA unit at my base would bring him down. Instead, he ran out of fuel and ejected as his plane plowed into the ground. This is the most intense time I've ever had in a game.

Simply put, this game is FUN. Tonight, I failed a mission after being shot down while flying top cover over a shipping convoy off Port Said (rescued, mission failed) I flew a deep strike mission in a B-2, dodging enemy fighter patrols for miles until I reached the target (a fuel depot). I then had to egress back the other way. I think the whole mission took almost an hour (successful, no damage to aircraft). Then I took part in a F-22 fighter sweep against Egyptian Islamist airbases along the Suez Canal, which were housing captured EAF planes flown by Iranian and Syrian pilots. Took one of them by surprise, but over the second airfield after destroyed planes on the ground we got jumped by a flight of Mirages, my wingman was shot down and I sustained heavy damage. After downing the attackers, I flew my wobbly, badly damaged plane for 60+ miles across the Red Sea and made it back to base.

I guess the point I'm trying to make here is: Check your closets. There might be some dated yet extremely fun games in there.

I couldnt get into that one, but WWII fighters by Jane's was amazining on my Windows 95 laptop...

I still sometimes play Janes USN Fighters for the Vietnam air war add on. I like flying the F-8 Crusader and F-5E Tiger II.

Oh man I loved ATF Gold. I've been trying to play it again for 10 years but my cd is just too scratched up. Do you still have a link to the patch you mentioned? It might come in handy if I ever manage to find a copy.

Although I had the Disc version with 40 discs for the speach output alone. ^^ 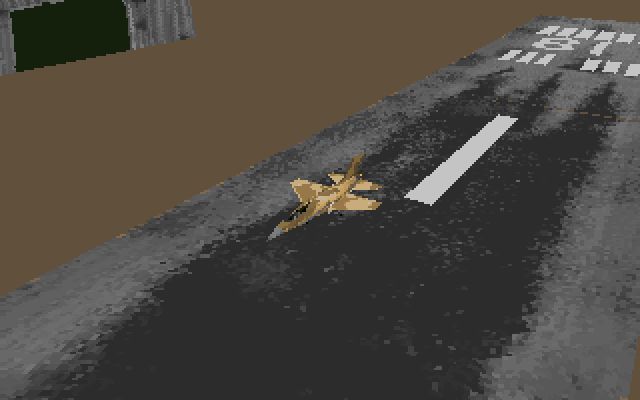 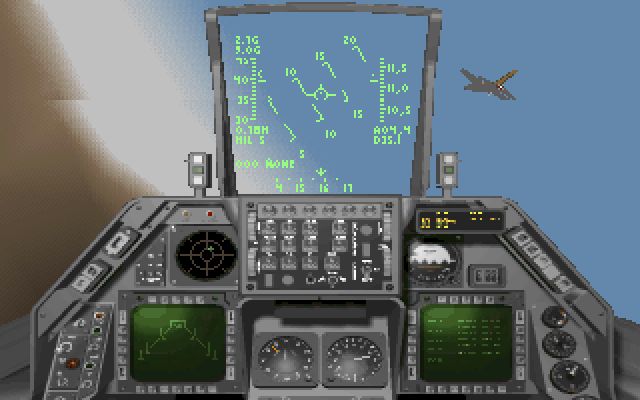 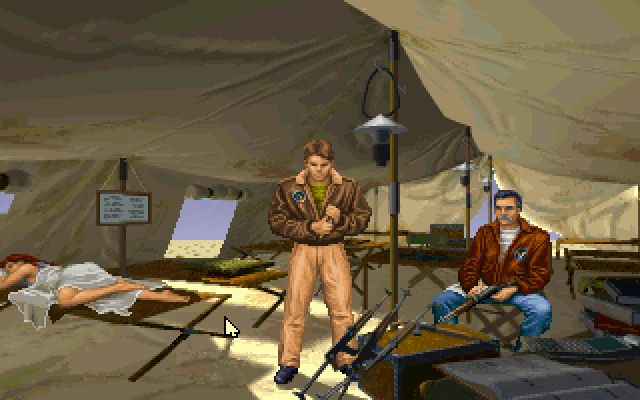 Here is a review page with the game: Strike Commander Download and Review

Sounds like a fun game, i never heard of such Simulator in old PCs.