I don't do wireless anything - keyboard, mouse, router. Anything to eliminate excuses from poor shooting... :) Still trying to get more used to a Razor Copperhead mouse...

The recharging dock is pretty convenient, no cables, and no batteries...

I don't like wireless mice, too heavy and it's annoying when it decides to run out in the middle of a game. I'll just stick with my t-shirt mousepad and cheap optical mouse thank you. :D

Got some death to do.

charlesbian;3407128noooo!!! i just bought a convertor, and theres so many memories with this! i can still smell the sweat!!

Things arent looking good for my old microsoft sidewinder pro then,,,:mad: Though I am glad to hear that there IS such a connector to convert midi to USB. Its worth a shot to spare an old friend from oblivion beside this one. 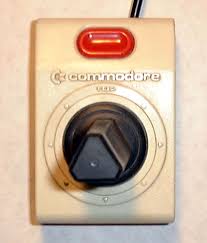 Gen'l Knight;3420495I don't do wireless anything - keyboard, mouse, router. Anything to eliminate excuses from poor shooting... :) Still trying to get more used to a Razor Copperhead mouse...[/quote] [quote=FuzzyBunny;3420505]The MX1000 laser gamer's mouse is awesome, Knight. The recharging dock is pretty convenient, no cables, and no batteries...

Ahaaa! I use that mouse and I love it. Use it in conjunction with one of those teflon mousepads and you are golden. Yes its a little heavier, but with a teflon mousepad It is like sliding ice. The MX1000 is a laser mouse and basically takes millions of photographs and compares eachone with eachother to figure out movement. Because of that it has waaaaaaay better "resolution" then a standard optical mouse. So if you are looking for accuracy Knight, it is a way better.

Next time I go for a mouse I'll throw it out to you Stylie and Fuzzman. This one will do 2000 dpi and that's about 1000 too many for my poor old eyes. 4 extra buttons and I use one lol. And I'm too cheap to get rid of it now so... Thanks dudes!

Yeah 2000 is too much DPI unless you're flying, which is what I find with my G5. Thank god that it has adjustable and programmable settings for up to 5 DPI levels between 1 and a two thousand. Though the weight system is a total marketing gimmick.

Got some death to do.

I dunno, a friend has the one with the weights & I played wif it for a while just messing around & after trying all different kinds of setups I actualy took apart my radioshack lazer mouse (800dpi I think with just a scroll wheel) & glued in some stacked pennys in secret locations.:smokin: Just made it feel right Vs the feather-light feel it had before. Some like a realy light mouse while some like a 'stick to the table' heavy mouse so Im not too sure if it can realy be called a gimmik, more like a value added deal to me. :majic:

My personal favorite joystick was the Microsoft Sidewinder Precision 2, I played that thing till it fell apart,Ms stopped makin em ,and in my opinion they made the best! After that I had a Saitek X-45,I was hooked on flying in DC mod those days. Very nice joystick but u had to glue it to the table,to keep it in place. I immediatly had callibrating issues,also could'nt install throttle on the "Throttle''handle,so I returned it. Then I bought myself a Logitech Freedom 2.4Ghz Wireless,after 2 months issues started,seems they have been using cheap Potmeters on them,please don't buy that crap. I myself stopped installing Joystick/mouse drivers since they only gave me trouble in the past. Currently using the Mx3000keyboard & Mx600 mouse ,because my girlfriend bought it as a suprise :rolleyes: Imo playing BF42,with a USB /converted 15PIN joystick should'nt be a problem,also without the drivers! But...u might need to use it in a Win98/older compatible mode,...Config>Game apparatus :D >Preferences>Advanced

I have a really fancy classic joystick at dads house but it has that old pin setting. Can't remember what it's called though.