So, to continue my pictorials from various WW2 related locations, here is my next thread:

The Flying Legends airshow is widely known as the Mecca for flying warbird enthusiasts, and is held annually in the month of July. I've been lucky and visited it twice (in 2004 and 2005), and I will gladly share my experience with you guys.

As said, the airshow is held on a former airbase named Duxford, a hour or so north of London. It was an active airbase during the war, first housing Douglas Baders Wing, and later various US P-51 squadrons. The airbase have to airstrips, one paved and one unpaved. Its a great feeling seeing a mass of P-51 or Spitfires taking off in a loose formation along the grassline, I can tell you that! 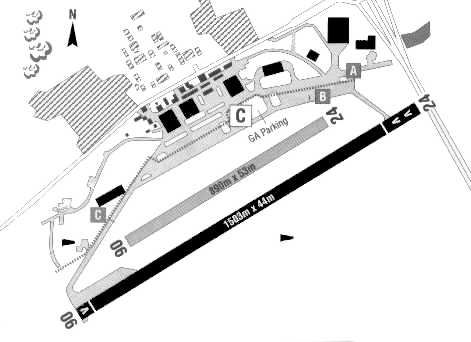 Now adays it "only" houses a huge permanent display by the Imperial War Museum, which consists of six hangars, along with the American Air Museum in Britain, and a army exhibition called the "Land Hall".

Now, to the pics. I will try to show various pics of various airframes, but if you want to see more of any particular airframs, just ask. Afterall, I took 400 pics (along with 300 by my father), so chances are I took several of each plane!

I will start with the static display:

The reenactors were in place, but I'm note too sure on the sunglasses on the airborne soldier to the right...

A violin player made a nice performance from the right wing of the 'Juliett'.

A P-47D-40 painted with invasion stripes as the private mount of Lt.Col. Ben Mayo of the 82nd Fighter Squadron 'No Guts no Glory!', posing with another couple of reenactors.

A P-51D painted as part of the 352nd Fighter Group, the "Blue Nosed Bastards of Bodney." Note the 9 Swastikas indicating that this was the mount of an ace, and then some more!

Here you can see alot of planes along the static display line. In the forground is an P-51D, followed by an P-40M, a P-39D and a Hurricane Mk IV painted in desert camo.

A total of 7 Spitfires of various variants were present there.

Reenactors posing as Polish Air Force pilots infront of a Spitfire from the famous Polish 303 Sqd.

TO BE CONTINUE! :naughty:

Very nice, i should go there someday. Thx for sharing

Shot showing much of the flightline. Note the midget planespotter!

Reenactors dressed as British groundcrew with womans and one pilot infront of a recon-Spit.

This Bücker Bü 133 'Jungmeister' were one of the few Luftwaffe warbirds to attend.

Another Luftwaffe warbird present there was the for-runner to the famous '109, the Bf 108 'Taifun'.

One of the more exotic birds there was this I-15, packed in crates and shipped to the UK just to attend Flying Legends.

And then you have my favourite plane of the day: The Gloster Gladiator painted in Norwegian Army Air Force colors! A funfact about this plane is that its painted as two different aircrafts, '423' on one side, and '427' on the other.

Two Corsairs were there. I can't remember what the one to the left is, other than its painted in USN colors. The one to the right is a Fleet Air Arm Corsair '130', belonging to the 1850 Squadron.

Another rarity was this interwar-years RAF plane. I'm not too sure, but I belive its an Hawker Hart.

Here is another cat, a F8F Bearcat. Altough I belive it never saw World War 2 service, its still a nice warbird.

Again, I'm not sure, but I belive this is a Hawker Sea Fury in Canadian service.

The last cat that was there. A USMC F7F 'Tigercat'.

This could almost pass as an regular Avenger, but is infact an TBM-3Q 'Avenger' modified for ECM missions.

I belive this is an Lockheed Electra, but I'm not sure.

The last Luftwaffe warbird present was this Junkers Ju 52 in Lufthansa markings as D-AQUI.

Next up is the flying display... :D

Spoiler: Show
YOU ARE A LUCKY BASTARD!!!

OMG OMG OMG!!!!!!!!!!!!!!! I HATE YOU! REALY THATS JUST TO COOL! That dutch B25 bomber i have seen so many times flying in formation with a dutch spitfire. Some planes i didnt know that they wher stil flying (F6F Martlet) And the first hawker huricanne i saw in desert camo. You have a pic of that B17?? tanx for sharing mate, Greets Jasper

Nice pictures! Can you upload a couple of in-flight pictures as well?

Pain is a sensation. Enjoy it

The Electra is such a beautiful aircraft. Nice photos!

Preperation for the flying display...

The Martlet prepares for the final turn on the grass runway.

With the Hellcat not far behind.

And last, but not least, the Tigercat. Note that this big bird has to use the concrete runway, and not the grass.

The two Jüngmeisters prepares for an formation take-off.

The Spitfire PR. IX and a Sea Hurricane painted in Battle of Britain night camo taxies out in formation.

The oldstyle I-15 were also up in the air.

You'll get the planes airborne tomorrow, I'm too tired to upload any more pics...

Yeah. I would recomend all of you who live relativly close to the UK to make a visit to the Flying Legends airshow. Me and my father spent two weeks in the UK visiting this FL airshow, along with the huge (but modern aviation) Royal Internation Air Tattoo. And between these airshow, we paid a visit to like 12 War Museums, including Imperial War Museum, the HMS Belfast and the Royal Air Force museum. And we did this both in 2004 and 2005! :p

Even if you're only on a weekend trip to London, you can see ALOT of WW2-related exhibitions.