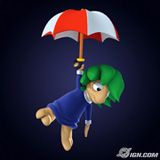 Before posting every idea seperatly, just posting stuff like this and the MG nest, as one post. Do you play COH by any chance?

No it's diffrent from the Robot Banzai Charge, besides atleast hes trying.

McIntyre;3411382No it's diffrent from the Robot Banzai Charge, besides atleast hes trying.

What do you expect the paratroopers to do? :uhm: Bots are lame, they suck and they can snipe two miles in the fog they don't see. To make it worse, they see trough wall, and you can use them as a compass to locate enemies (if bot looks at a wall to the north, theres someone beyond that wall.)

I personally think no form of A.I. should be allowed to have an impact in only play. I don't mind planes that fly in circle like in Zitadelle, but bot paradrops... What makes even less sense is that paratroopers are supposed to be elite :lol: