So we have these melee bayonets, I take it we switch to our first 'weapon', the rifle is lurched out more, your trigger hand is grasping the stock.

So my idea is to make bayonets interesting, Bayonet charges, like Banzai charges.

The idea is whenever a player perhaps holds down the right mouse for several seconds your avatar releases a warcry in his native language, with a significantly increased speed and melee damage. You can only switch weapons once you stop your movement during the charge but otherwise locked.

The idea is to provide players with lethal and a demoralizing ability. Like if several Japanese players were present across a field, they could Bayonet charge with an awesome dash and powerful hit. I am aiming for this to have the effects of suppression and whenever Chargers stroke their enemies they would unleash a blunt, stock hit to the chest of face and cause 'shellshock' than a stab? Would be interesting and fun, also this tactic if done with cooperation could break players out of situations whenever they're trapped and whatnot.

yes it bee cool but:) but pipol dont do that things:( thay whod have schoot you one the spott.

venomkingyes it bee cool but:) but pipol dont do that things:( thay whod have schoot you one the spott.

Anyways its a cool concept, realistic to charge, and to see enemy lines break up and retreat.

My Face is on Fire?

Anyway I think that would be a great idea to be implemented.

Maybe they could find a way to map the bayonets to the sprint key, and give riflemen extra long charge when they have their rifle out, that way we don't see Japanese launching banzai charges from their uncaps, and flying uncontrollably across the entire map without ever having to stop. On second thought though, that would be pretty freaking hillarious:moodeath:

its cool but i dont want a bunch of noobs and morons running around bayoneting everything including my tank!!

Hmmm... I figured that bayonets would already have a one-hit kill power? Like in Road to Rome? In any case, it's a great idea that could prove humorous, and it kind of reminds me of World War One. Maybe someone should also send this idea to Battlefield 1918. 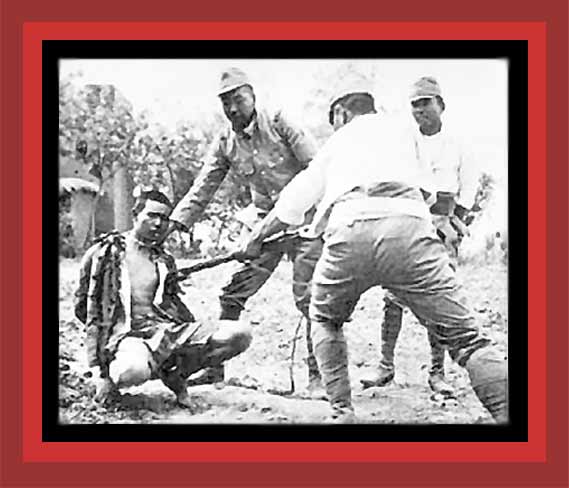 realy have a look at this it is pic of dead and dieing people tho [/COLOR][URL="http://www.cnd.org/NJMassacre/page1.html"][COLOR=black]