kinda getting tired of the lack of german, brit, japanese, russian and french field guns. now im not talking about AT guns. im talking artillery batteries like the 105mm howitzers. all these countries had their own heavy artillery peices. 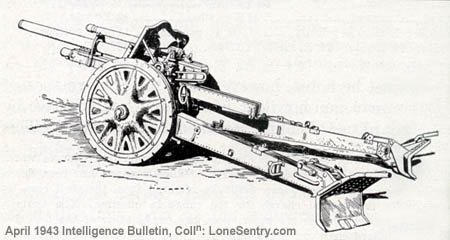 Yay! I love fixed artillery batteries!They're my favourite :lol: I want more of those!

but then wont that mean that us grunts wont be able to use them?

How about this bad boy :D

Actually I think it is already in BF18.

That looks like the sFH 13, indeed the heavy German artillery in BF1918. However, this looks to be a WWII modification of it - note the modern tyres/wheels.

What i would really like to see is a battery of static Katyusha rocket launchers. In WW2 videos you always see a bunch of those things firing off all those rockets. It may be overpowering but a battery of say 3 katyushas each being able to fire off 12 rockets before rearming would be awsome, i think it would be a good replacement to the 105 battery on Seelow heights.

Please tell me we can use artillery on our own. It's one of the many reasons I've passed up BF2.

MeadowThat looks like the sFH 13, indeed the heavy German artillery in BF1918. However, this looks to be a WWII modification of it - note the modern tyres/wheels.

Actually this one is a 155 mm mle 1917CS. A small number had been fitted with tyres in 1940, but the wheels on this particular example look postwar to me.