wasn't around for some years

When it comes to tracked vehicles the german army was using only a dozen of different chassis. Accordingly the vehicles in FH are already modular, seperated into tracks/chassis and superstructure. I doubt that anyone of the modelers would make a completely new model when then chassis is already there. However, I guess the devs have a list of vehicles they want to use in upcoming versions, but the final question might be, whether a modeler is in favour of a certain vehicle. If you don't have anyone who wants to model it, it might not be realized. And when it comes to these versions, there are others that are needed much more. Accordingly those get priorities.

Hehe what do you guys think? Was inspired by this thread and spent about 1 1/2 setting up the hanomag, flak 38, and creating the basic mount it sits on. Perhaps I should actually work on this now as I was bored and just creating this for shits and giggles...

Well, problem is that the 20mm version of the hanomag with that type flak gun had sides that actually buckled out on the left and the right, and could be folded down. Now if u took that 20mm and removed the shield, it could pass for a rarer type of the /17, but still....=/ Sorry>__< Its great work, but inaccurate to how they looked.

Von Mudra;4778540Well, problem is that the 20mm version of the hanomag with that type flak gun had sides that actually buckled out on the left and the right, and could be folded down. Now if u took that 20mm and removed the shield, it could pass for a rarer type of the /17, but still....=/ Sorry>__< Its great work, but inaccurate to how they looked.

That would be the Sd.Kfz.251/17 Ausf.C, built for the Luftwaffe (IIRC twelve, plus two command vehicles without the gun). Later another Sd.Kf.251/17 appeared based on the Ausf.D, the FlaK 38 was fitted to a pedestal mount, allowing the weapon to be installed in the standard Sd.Kfz.251 hull. This version would've been far more common (probably a couple of hundred).

one thing i am really missing from FH 42 the SdKfz 7 "Flak18" (well i guess there were server variants of the Mobile 88 mounted on different halftracks) one of my favorite vehicles in FH42. Sure you are exposed but you pack a mean punch with great accuracy against ANY thread and you are very mobile. Loved to shot down the RAF on El Alamein with that thing 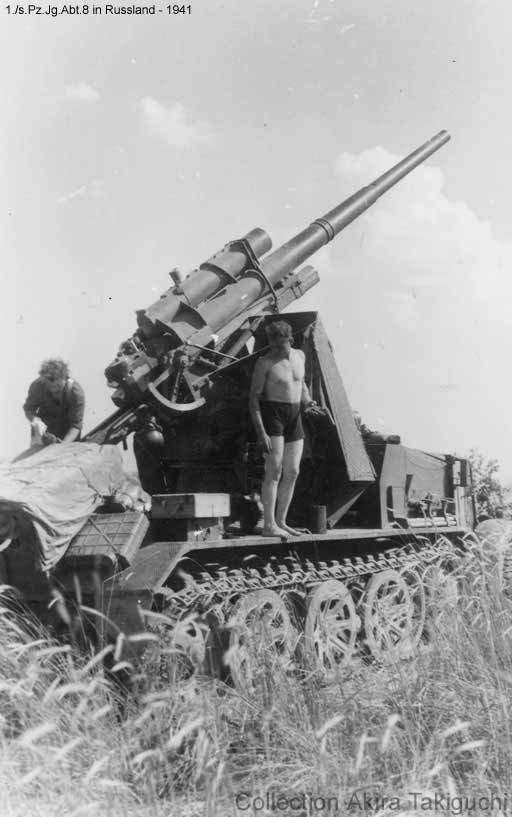 @Von Mudra: Yea I know. Last night all I worked on was that little purple thing you see (aka the flak mount) tonight's job is the buckled sides if I get time

wasn't around for some years

Well, that inspired me to browse some of my picture folders.

Concerning the Sd.Kfz. 7, I got 6 variants in my folders. The standard tractor version,

the famous version with the vierling

and a less famous version with the 3.7cm Flak 36 (note the different versions)

and finally a version as a survey and instrument carrier for artillery units, similar to the Sd.Kfz. 251/12 of which I lack any pictures.

However, the version with the 8,8cm Flak 36, known from FH1 is a myth. It did not exist in reality. And I won't get tired mentioning that. It was an inaccurate version that would probably not pass FH2 accuracy standards.

The 8.8cm Flak 36 was not mounted on the Sd.Kfz. 7 but on the Sd.Kfz. 9 which makes no difference to the type 7 on the first glimpse, but was different in size and weight.

Accordingly the utility of this vehicle is, well, rather low.

That version of the 251/17 is a very rare version. Its a 20mm that was slimed down and given an enclosed armoured box. It was less an AA gun, and more anti infantry, since view was very limited.