These really need to be added because the DP was not the only Soviet machine gun. The DSHK was a very versatile MG; it was used for infantry support, for AA, and for MGs on some of the later Soviet tanks. It would be really nice if this MG was included as early as 0.7 because it would give the Soviets a good deployable MG and their own form of automatic AA (It could be used like the .50 cal AA guns on Wake). Check it out...

Also, a skinned an ingame version of this would be nice...

It turns out the Maxim was also used as early AA in single, twin, and quad mountings. Its 7.62mm rounds weren't too effective against planes, though.

For Soviet AAA, the ZSU-37 would be nice. 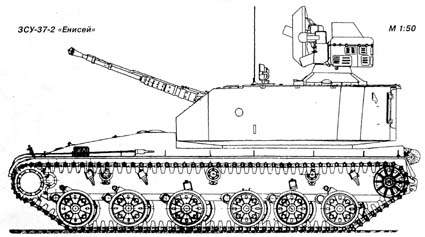 In fact, here's a whole page about Soviet AA (In German). http://home.tiscali.de/frr11wfs/Flak1.htm

Well I wonder if the soviet tanks even have the Dt mg and they also don't have the right aa mg.

The DSHK is too heavy to be a man portable kit. For that matter so is the Browning .50 cal... I think that should be removed. Is it in as a place holder for the .30 cal? I would also like to see it, but fixed in a bunker or some other type of defensive position.

that gun was in EoD, they did a nice job on it but the sound sucked.

It would be nice but probably just as a stationary weapon. Sevastopol anyone?

or make it sorta like a BF1918 cannon, that way you can move it, but not as fast as say running.

that maxim is over a year old - i should redo it before we put it in, but atm there is much more important stuff

I would really like to see the SG43 medium machine gun added. It was a modern russian 7.62 x 54mm air cooled machine gun.