i wouldnt mine seeing this bad boy in FH 2 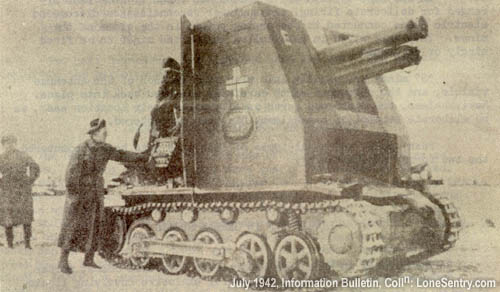 and last but not least my fav gun

"you'll find me in the stug"

and durable as all hell

3) Ho-Ni I tank destroyer. Very easy to build. Basically take a Shinhoto Chi-Ha hull, mount the Jap Type 88 75mm gun on the chassis and make a gun shield. As seen in the painting the crew just knelt behind the gun shield.

Von Baumhey k 96 i noticed that new homnag in your avatar how about showing us the full pic.

They will be in a future undetermined update.

I saw a film of Lieutenant Owen (creator of the Owen gun) displaying how robust the gun is. He prattled off a few shots to show how fast it can fire, then walked over to a pool of mud and fully emersed the gun fully into the mud - pulled it free of the mud and then prattled off the rest of the magazine. He then pulled the mag free and stuffed in a new one (gun still covered in mud) which he then procceded to prattle off. Quite amazeing to see a gun caked in so much mud still operate so well.