Is this possible Using the same system in FH42 can it be applied to Fh2 where you deploy the MG, these MG where very important & provided the Heavy Support Role. What I wanta know can a certain feature be added, Can you deploy the gun & adjust the height by pressing the up & down keys, So basically you can deploy uoir MG behind a small him & adjust it to u can fire over it ??? Possible or Not.

Maybe I'm wrong, but isn't this basically the same question asked in the FH2 LMG thread? Except for the up=down arrow key part

Also make it pretty much impossible to fire an mg42 when not deployed.

Unless you put it on someones shoulder!! (They did it in reality, funny but useful)

Nope, Reinholt is talking about this: 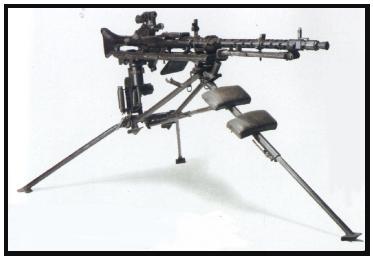 The Lafette tripod was what was used to make the MG34 and MG42 heavy mgs. It could be raised and lowered for height, and was equipped with a 1.5 zoom teloscopic sight. Had a field of fire of 30 degrees, and was designed to be used for sustained supporting and defensive fire. It weighed around 70 lbs, and took 2-3 people to carry deployed, but when in transit, it could be folded up, and carried on ones back.