Its needed on the Pavlov map.

OMG the internal fights between the Devs are so funny :D

Operation Supercharge was the British breakout of El Alamein. The Supercharge map respresents a small action after the main breakthrough where the Allies (9th Aussie's?) had a German force (164th lt. Dv.?) pinned down and cornered by the coast. 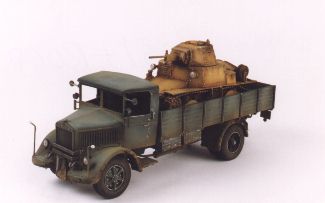 A couple other interesting Italian things I found: Ansaldo Lancia Armoured Car (Anyone else think this looks alot like the Lynx?)

The Ugly, but still kind of cool, Fiat Spa As42 Sahariana, with a couple variations on weaponry:

It would be cool to have the Fiat ingame (note the Solothurn), though I'm sure the devs already have it or something similar in the works. Regardless, great updates as of late, keep it up.

The Ansaldo Lancia IS a Lynx, it's a straight copy of the British model.

amaccannThe Ansaldo Lancia IS a Lynx, it's a straight copy of the British model.

I guess that explains it.

Ok - almost home. Wish me luck with the trains and co so I'll be home in time for the fan mappack ;)

Temporary bump. Dev might wish to add this link to the old newsupdate.

Do not post here! This thread will be burried again when the newsupdates is editted.