I checked out the Norwegian Resistance website, for those of you who dont know, it's a mini-mod for Forgotten Hope that focuses on the Resistance against the Whermacht in Norway. It focuses on infantry combat more than vehicles, and the majority of the Resistance's arsenal is civilian transport like the Spark (type of traditional sled) and the Ford Model-T. It borrows some of Forgotten Hope's models and skins, but I also found out this neat little thing:

Molotov's were used extensively by the Resistance and the Russians as well as a load of other countries as a makeshift weapon against tanks and infantry, I'd like to see them in Forgotten Hope one day too. They could be used to damage small vehicles like the Panzer I, Panzer II and the Panzer 35/38t. It has a nice little effect, but the animation would need to be tweaked if you were to use the current grenade animation.

More info on the Norwegian Resistance mini-mod can be found here:

So, devs, are you considering it for a future release?

molotow coctail is STILL dangerous weapon - it does relly on cutting tank' engine air supply by burning over engine deck, no worse is the fear effect fire causes - especially if the flaming fluid covers hatches and 'windows' of a tank heat and blast has minor efect, because there is no blast at all and it takes some time to rise temperature inside a tank even more [it is very hot in the tank even without burning engine deck]

many tanks have countermeasures, like air intakes BELLOW the tank etc. but it is still valuable weapon, however i think it cant be properly modelled in the bf engine

The molotov cocktail will do some serious damage:devil:

well its effect varies greatly, on early tanks without properly designed vent area there was greater vunerablity. Another big impacter was if it was gasoline or diesal, gaslonie engine being much more prone to catching fire. Later war tanks, especially diesal ones were largely invunerable to them. On the other hand, it could start fires more easlily on gasonline run ones and many early tanks air system uptake was more vunerable. If it didn't start a fire, the only real advantage would be getting a crew to leave the tank. Another type of nade, much easie to use (easier to through, dont have to light etc) could also do this. Its baiscally a instant smoke nade, which if you could get on the air uptake would fill the tank interior with smoke, and give the crew the tank was burning or something. They could then be killed or captrued as they came out. They were used by us, germans, and probably others too. 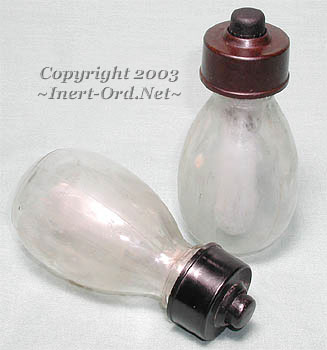 The Molotov cocktail is a Finnish invention. <3

the name. i bet the concept is way older.

Molotovs are death nells for tanks, not so much the heat or the fire risk but it runs into the engine compartment melting hydraulic hoses and electrical systems, this means one stationary not working tank, the end.

I do agree, Molotovs are needed in FH. Since the FH devs gave so much of FH to NR, maybe the NR crew would give FH their Molotovs? :deal:

Knoffhoff: I must say, your mod looks stunning. Can't wait to play it.

Fh has it's own molotovs in progress.