Here are a few good mods that I definetly suggest for those new to the LOTR: Battle For Middle Earth genre. If you look in the right place, you'll find diamonds among the rock! :D

Hero Mod: This is a great mod that adds lots of new features to the game. The most obvious, and largest change, is the addition of several new heroes, and hero abilities. Some of the new heroes include Isuldur for Gondor, Sauron for Mordor, Ugluck for Isengard, and Haldir for Rohan.

Description: Sauron initially costs only 2000 but without the One Ring purchased at Mordor citadel his special abilities are locked, he cannot attack anything, and his armor is very weak. Once the One Ring is purchased (costing 10000), he becomes unstoppable. However, Isildur's Narsil attack can take him out of the game permanently by one hit. Nazgul (x3)

Description: Nazgul can be seen as lesser Witch-king, but he can ride a horse from the beginning of the game so he has better mobility. Nazgul can ride on a fell beast once the spell is purchased in the spell book. One of Nazguls is named Khamul and he has a leadership ability which influences only Haradrims and Easterlings in Mordor. I fixed the weird animations of my mounted Nazgul, such as paper-like legs, that were seen in v1.2. Witch-king (the model is slightly modified)

Description: Witch-king is a very powerful hero unit. His mace attack is very effective against normal units but his sword will do more damage against heroes and buildings. Poisoned Morgul blade attack will make it easier to hunt enemy heroes. He can ride on a fell beast once the spell "Breed Fell Beast" is purchased in the Mordor spell book. Witch-king has a set of new voices (send forth all regions, I will break him, slay the wall, etc.). One thing that needs to be paied attention is do not try to duel Eowyn :) Isengard Ugluk

Description: I made Ugluk by modifying the model of Lurtz. Ugluk can be seen as lesser Lurtz because he cannot use a bow. However, when he reaches at rank 5 he gets a heallng ability ("Looks like meets back on the menu boys!"). It heals less amount of health and has narrower range than Aragorn's athelas. I also gave Ugluk a coule of voices of the film. Sharku

Description: Sharku is very vulnerable compared with other heroes. He is especially weak against arrows and he only has 600 health at the beginning so you have to be careful at using him. However, once he is paired with warg riders he will give them a good leadership bonus (rank 3). I tried to give him new voices but unfortunately I couldn't find any usable voices in Two Towers. Rohan Haldir (reskinned)

Description: Haldir is an only hero that I created for Rohan. This Haldir is more updated than Haldir mod version 1.2 found below. He also has a set of new voices. He changes his appearance automatically when he reaches at rank 5. He used to summon a group of second age Elven Warriors in v1.2 but now he summons third age Elven Warrirors instead. Gondor Isildur (reskinned)

Description: Isildur is the best unit to kill Sauron. His Narsil attack can take out Sauron instantly, but he needs to reach at rank 8 first. Narsil attack is not really effective against other units/heroes/structures since the weapon takes longer time to fire, so use it only against Sauron. I personally like Sonic Blade skill. It's completely my imagination skill but it looks cool. He becomes able to summon an army of second age Gondorian units when he reaches at rank 10. They appear as two combo hordes, and they can be splitted into fighter and archer hordes. Gil-Galad

Description: I spent prolly the longest time on Gil-Galad than any other heroes. Unlike Theoden, Gil-Galad's Glorious Charge does not influence nearby units but only himself. Vilya is a powerful magic attack which throws three wind-shots which bursts when they are hit. He can summon second age Elven units: Elven Heavy Armors and Elven Archers. Like Gondorian units, Elven allies appear as combo hordes and they can be splitted into heavy armor and archer hordes. Elrond

Description: Elrond didn't have any special abilities in v1.2 so I added some. Unfortunately I didn't have time to create sort of original abilities, so I just gave him Athelas which is better than Aragorn's (it should be), and Legola's arrow storm.

There's a basic overview of the new heroes added, check out the site to see the pics!

Middle Earth MW: Another great site with many awesome mods, particularly the Clord's AI mod, which greatly enhances the intelligence of your enemies. I recommend this mod as a defenite must for anyone who's out for a real challenge in Skirmish Mode, or the Campaign.

Middle Earth Center: Yet another good site, home to many mods, skins, and maps for BFME! Here, you can find many good maps, along with blood mods to make your game a bit more gorey! :evilgrin:

I'll be adding more specific mods later that I find, such as Rhonavian Alliance, for example. Happy Orc Hunting! :D

Ok, next up is a list of many specific mods and total conversions for Battle For Middle Earth!

Here are just a few pics of the Halo Generals Mod, which I'm looking forward to playing! 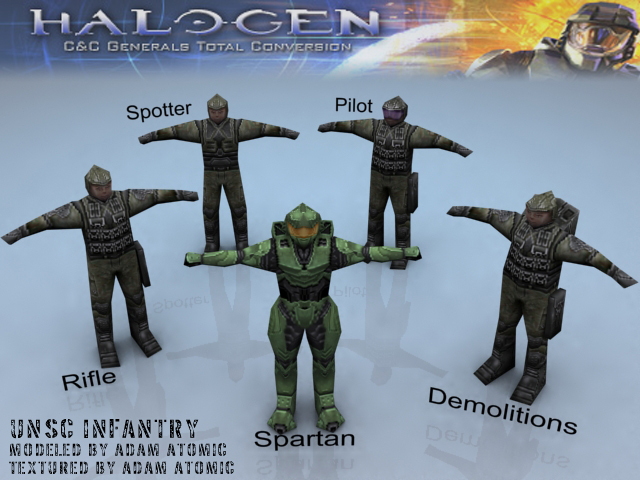 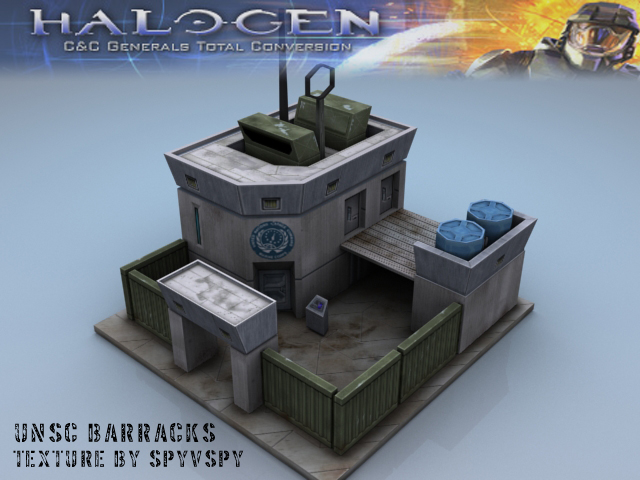 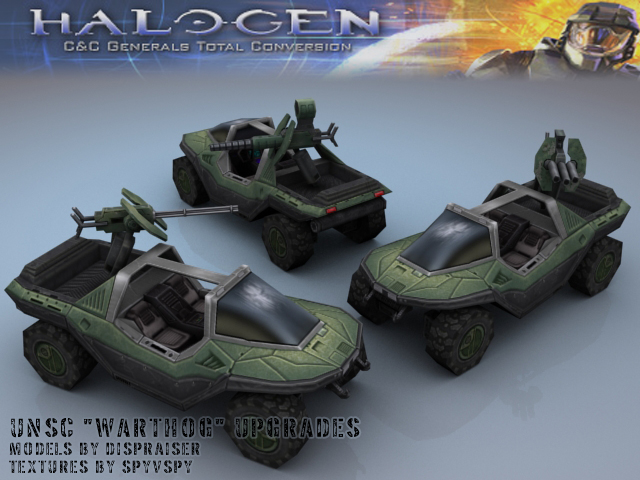 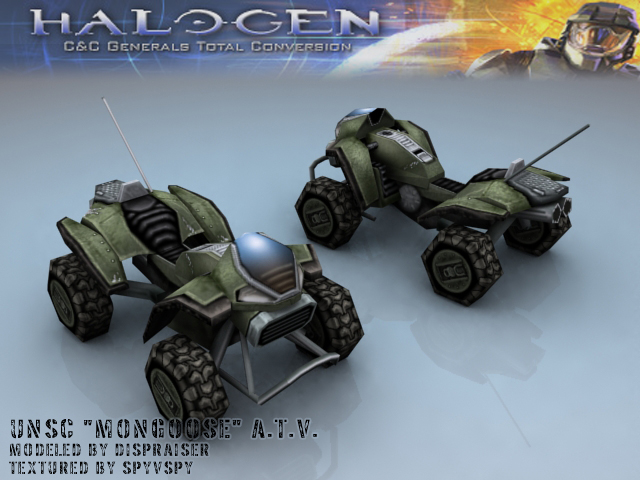 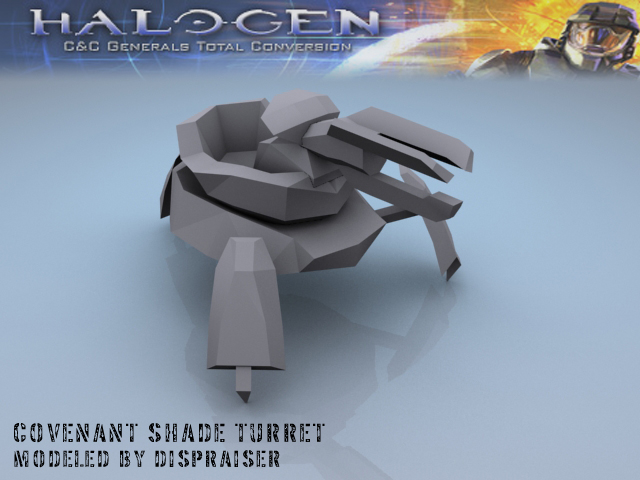 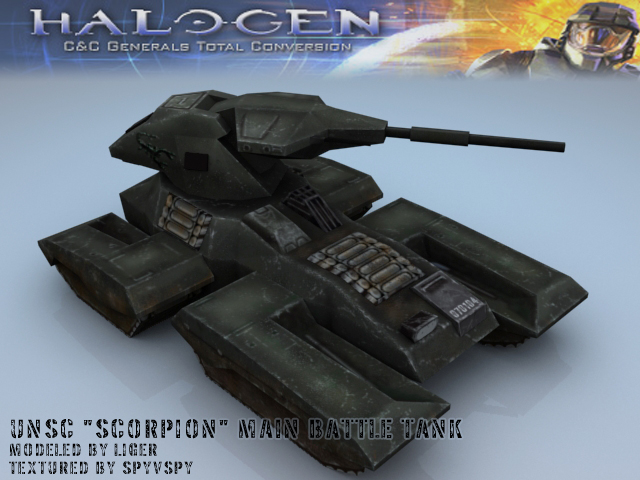 Here is the downloads page, where you can get a trailer, along with several wallpapers.