HOLY SH!T!!!! I just came across this game on Gamespot! And check out these unbelievable screenshots! http://www.gamespot.com/pages/image_viewer/frame_lead.php?pid=933123&img=1&sid=undefined If those are actual game shots im going to shit myself right here and now..

i doubt they are ingame........Sony doesnt have the best record for showing ingame stuff (Remember the killzone trailer??)

im all hot and bothered.

but no im guessing those are CGI.

Wow, some nice pics. When I saw the first one I thought it was a real woman.

However, I don't think a game would render such great images without requiring a supercomputer.

That is obviously pre-rendered screenshots. And actually the Killzone trailer was real-time, the thing is that it didnt roll on the PS3 hardware. The Killzone 2 developers have severeal times mentioned that it was real-time (the actual combat part), the introdution was like any other in-game movie.

This game looks amazing. that has to be the best tech demo ever.

Zero, I believe the Killzone trailer released last year was entirely pre-rendered. I'm pretty sure, though I could be wrong.

As for the Heavy Rain screenshots, they're obviously in-engine. If you look at some of the shots, you'll notice they're showing off different effects. 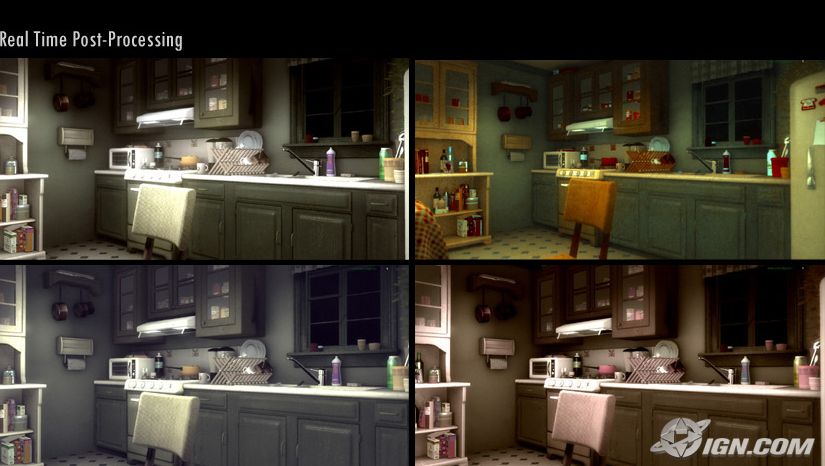 I wouldn't think they'd be showing of Real-Time Post Processing in a pre-rendered demo. As for how good it looks, I really don't wanna judge it based on these screenshots. Other than the characer models, nothing really looks all that spectacular.

Word, foo'. Crysis ftw, though this does look interesting, you'll probably have to load like... one room at a time for minimal hang-up time.