Yes, the new AVP game being developed by the same developers who released both hits of AVP for the atari jaguar and the later 1999 version for PC are making another AVP for Xbox 360 exclusively, here are the new screens released. 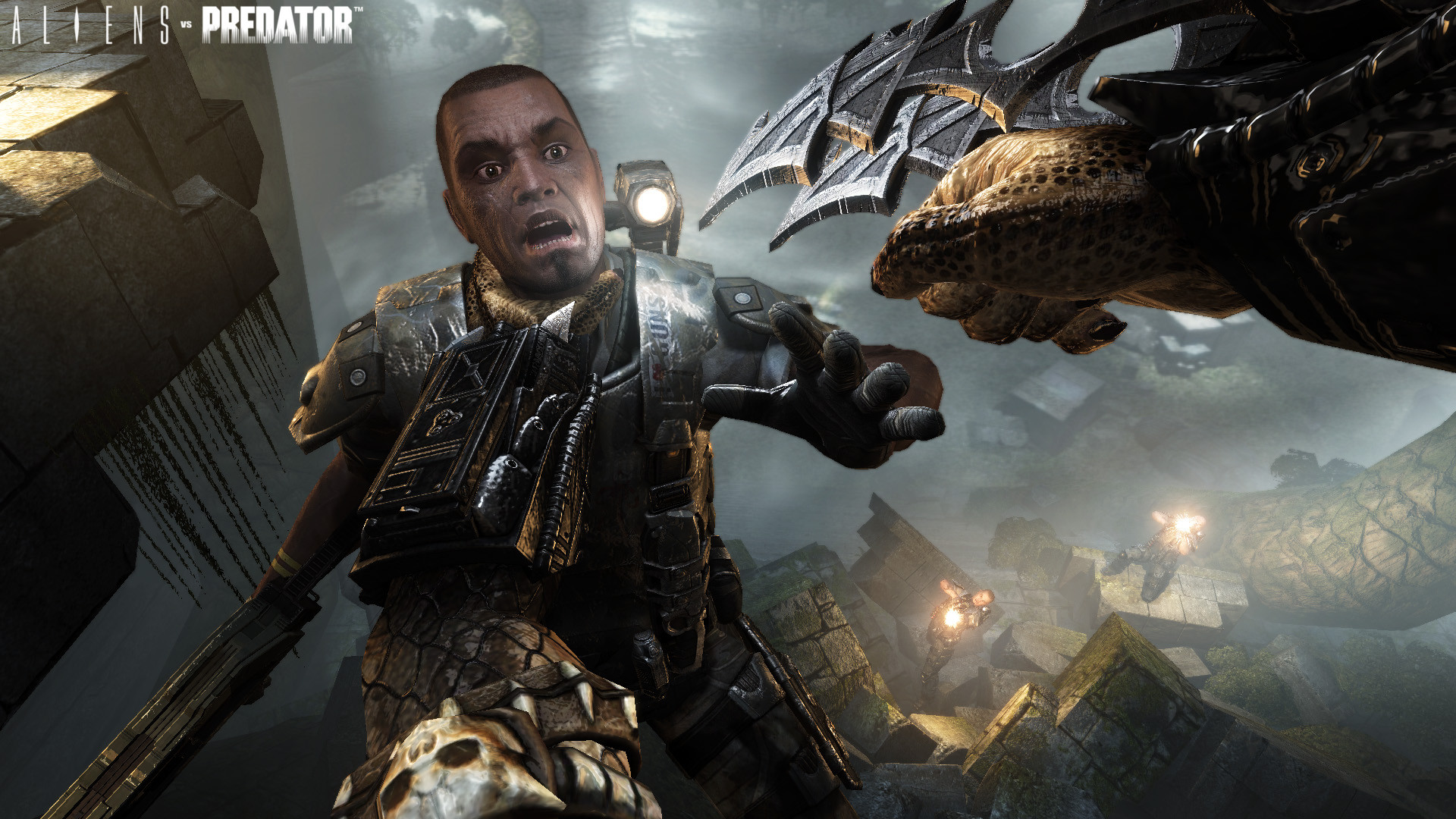 I saw the in game trailer the other day - looks pretty good. Can't wait!

Thanks for the screens! And yes, Rebellion and Monolith are back in the helm of this project - nothing like the stroke of the original hand. Reviews in E3 a few days ago were positive especially the solo campaigns respectively for humans, Aliens and Predators.

Somehow the three races remind me of Starcraft.

It looks pretty nice. A good sci-fi shooter would be a great addition.

I've heard that you can physically rip out the skulls of your enemies in this one.

Think of it as AVP from 1998 ( im pretty sure the gold version of it was released in 1999 ) except with insane graphics, total overhaul on realism, and completely 3.0 in terms of combat. And AVP1 for Pc in 1998 was pretty damn good.

You can indeed rip out the skulls for trophy kills from in front and behind, in both sp and mp. You see the guy's spine dangling from it as he gives you an expression of shock. You can also use the skulls where needed on retina scanners for access into places. There's HD videos of it on GameTrailers.com, but the graphic quality doesn't do those nice screenshots justice. They videos must be heavily compressed.

I'm beginning to think my rig won't play this game though. My GPU is above the min, but it says a dual core CPU is required for min spec.