When it comes to the protagonist in your gaming experience and you have the option to choose. As one can with Skyrim, Saints Row, and other game titles featuring character creation/customization. Which do you prefer?

I myself usually opt for females when given the choice, but only so when they’re attractive or can be made so. I figure if I’m going to be staring at a character for hours on end, it may as well be a woman.

Turns out its common for female characters to be used almost as often as males, despite the gender gap in those who play.

Really. So it's almost a vicarious experience with a virtual representation of yourself. Sounds interesting.

I tend to play female characters when given the choice. I find them easier to identify with in most things. Most of the males in games are portrayed as muscle-bound Neanderthals with all the emotional and intellectual depth of a tea-spoon. Consequently, that's roughly what I associate male characters with regardless of how true that might be for any particular game.

I tend to role play games as me, since afterall who doesn't want to be the protagonist themselves? the only viable substitute is: 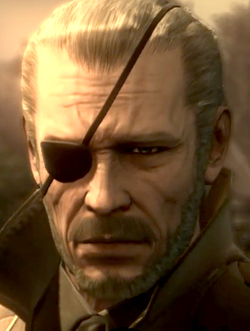 Initially male, then if there's options for female I'll replay as female.

Mihail;5587246I tend to role play games as me, since afterall who doesn't want to be the protagonist themselves? the only viable substitute is:

I'm pretty much in the same boat as Master Lindale: I tend to choose actions which reflect my own personality the best; it usually ends up being moral choices, but I often make very immoral choices as well (you know, some times logic goes instead of morality – they're not always coupled very well).

Appearance-wise, however, I don't care that much. I try to find the best handsome male or female and just play with it. Considering I'm neither hetero- nor homosexual, I don't really care nor have a preference as to what my character looks like. Same goes for looking at whichever gender's butt for hours.

Ultimately though, I end up choosing a male character most of the times. Or as a first character if I have multiple save-games.

Mihail;5587246I tend to role play games as me, since afterall who doesn't want to be the protagonist themselves? the only viable substitute is:

I'd love to play a game as myself, but for some reason, scanning devices are never offered as playable characters. =p

Anyway, I can go either way. Most of the games I played didn't offer a gender selection, but those two (literally two) that did are designed in such way that gender of your character doesn't affect the gameplay in any significant way.

I like how in Saints Row 2 you can change your character any time. I go from being an obese Rastafarian/Gangsta dude to being a mexican version of Raoul Duke from Fear and Loathing in Las Vegas... I am always a male character. Shoe just fits better for me that way I guess. Edit: BTW your avatar is awesome. LoL