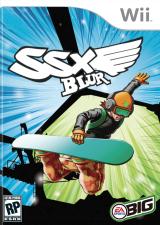 SSX Blur as announced a few weeks ago, but more and more info is coming in resulting in me being on the verge of jizzing in my pants. I was always a fan of SSX and SSX Tricky, but I kind of forgot about the series after the first two. I never got the chance to play SSX3 or On Tour, luckly, Blur will have elements from both games that I missed. Like Mario Kart DS, Blur will have coarses from the past SSX games, but totally revamped for bigger air! You can also ski like in On Tour, which looks cool. Of coarse, this game takes full use of the Wii more. To curve left or right, you tilt the nunchuck; to do front flips, you tilt the wiimote down; to do backflips, you tilt the wiimote back; and for Uber moves, you trace a design using the Wiimote. 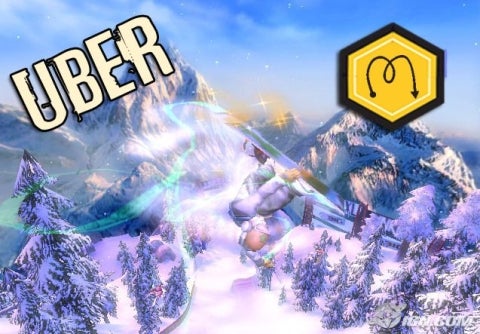 To pull off Uber moves in Blur, you simply trace a symbol on the screen using the Wii remote. Cool! Besides the gameplay, which looks like it will be orgasmic, the graphics are the best I've seen on Wii so far. The environments look simply stunning with very far drawing distance, and the characters look smooth without jagged edges. SSX Blur is the game I'm looking forward to the most this year, even more so than Galaxy or Brawl. Perhaps I'm just getting too caught up in the hype, but Blur seems as if it will be most fun snowboarder ever. On top of that, this game is due for release within the next few months! I can't wait!

For videos/trailers go to here