On that note, Mila Kunis: 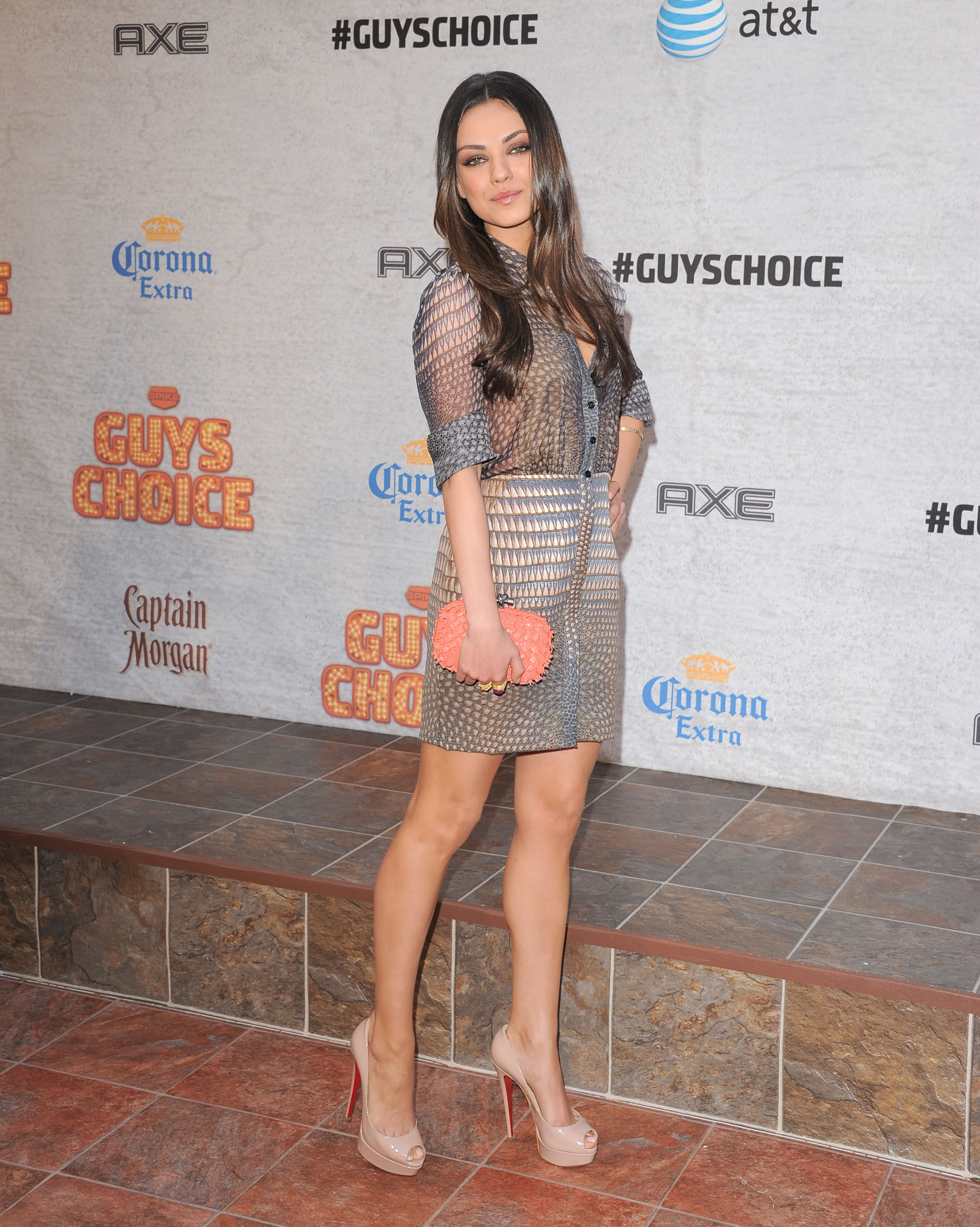 Apparently some Marine is going to get a piece of that at the USMC Ball.

Unless you consider a kiss on the cheek as a "piece of that", I'd say no.

If its Mila Kunis, then hell yes I do!

Stratopwn3r;5553524Apparently some Marine is going to get a piece of that at the USMC Ball.

EO Violation;5552815And before anyone says "nah she's too skinny", you should probably actually try having sex before you get picky about body styles.[/QUOTE]I'm not going to complain on her being skinny (I've seen far skinnier) but damn, look at her right arm. Looks odd?

Admiral Antilles;5552890SO pretty much, my choice would be either Selena Gomez, or Karen Gillan. Oh hell, maybe even Zooey Deschanel, Something about her eyes...[/QUOTE]No to the first (doesn't do anything for me) yes to the second and third though. :nodding:

EO Violation;5553300In fact, if someone is bragging about it, he's probably a basement dweller.[/QUOTE]In my experience, this is usually the case. I'm not saying you aren't speaking truth SikTh, but those people I know who claim to have had wild sex the night before, or who tell everyone about their wonderful adventures generally are the ones who aren't actually getting anything at all, thus they feel the need to tell people they are in order to make themselves feel better. That isn't always the case I'm sure, but in the vast majority of cases, it's the truth.

On this truth, it's going to be your word, and as you can probably tell, many people don't believe you. There wasn't anyone asking you about your opinion of yourself (your being a god with women); you shared that all by yourself. :nodding:

computernerd;5553056You're both virgins. Admit it.

I dare ask, but were you born without your virginity? :Puzzled:

Now Gentlemen, calm down. :nodding: We've already got a few idiots on the forums, lets not join them. Deep breath, and move on. You've both made your point.

Not one of her better pictures, but damn, I would. :fap:

[QUOTE=Stratopwn3r;5553524]Apparently some Marine is going to get a piece of that at the USMC Ball.

...heard she had something going with Justin Timberlake too? Seems to get through them does he. Britney Spears, Fergie, Cameron Diaz, Scarlett Johansson, Jessica Biel, and now, possibly Mila Kunis? Serious competition we've got guys.

Alakazam;5553986...heard she had something going with Justin Timberlake too? ... Serious competition we've got guys.

Uh, I can gyrate and sing in a girly voice just as easily.

I bet you'd quit Cav and join the USMC to get a piece of that eh? :deal:

A most definite yes.

Now I've just gotta think who I'm going to pull this stunt on in about 10 months time.