Yeah, so like I've been living in the Houston area for the fast seven years and I didn't even know some things here exsisted.

For instance, I didn't know that there were seven miles of tunnels underground in downtown which people walk through to get to work everyday. I just spent two hours down there and it is tight. There are dozens of stores, restaurants, theatres, etc. You can pretty much get to the important parts of downtown without even having to get on the streets.

One thing I did know was that a new metro train system was built quite recently. It's pretty fast, it will get you from Uni. of Houston Downtown to the Zoo in a couple minutes.

What was pretty funny today was, we were coming back from the zoo and got on the train. As I was saying to my mom, you could get on and off the train without even paying for a ticket. I told her it was like Venice with those boatbuses. When I finished saying that, a police officer gets on. There was this black guy who was dressed 'gansta'/'ghetto' with his dewrag on and such, and the police officer stared at him. The black guy looked at him and said hey. Immediatly the officer gets on him and asks for his ticket. The black guy didn't say anything right away, so the officer was getting a little pissed. However, the black guy did have a ticket... but half the car didn't. lol. So it was empty pretty quick.

Anyways, we went to the zoo. It is the seventh most visited zoo in the US. I was a little disappointed, though. It is pretty small, nothing compared to the Bronx Zoo which I practically grew up in. Now that zoo is like 10x bigger than Houston's. The zoo had all the animals you normally see: lions, giraffes, monkeys, rhinos, elephants, tigers, etc. It also had some unusual ones ex. Chinese Alligators and Maned Wolves. I have to say that, the zoo was worthwhile, though. I saw Meerkats! I love them. They are much smaller than what that meerkat manor shows makes them out to be.

That's a picture of the actuall Houston Zoo meerkats. They had three babies recently. But, look at them, aren't they awesome? They are extremly social animals. They groom eachother, take turns as sentries, babysit pups when the rest of the mob is out, fight wars over land, tidy up their borrows every morning. I think they may be my favorite animal.

Ok enough with them, lol.

Anyhoo, I just wanted to share this with you. Maybe you city has some stuff you never knew about.

That is really interesting about Houston, Texas. That city sounds like a fun place. I have visited a few big cities, but never lived in one. If I told you about where I live ...it would only take about 2 sentences. I'm actually a small town girl living in Alabama. There is only one high school in my whole county. HAHA.

Actually, I'd probably rather live in a smaller town myself. I live on the far outskirts of Houston, but it is built up so much and keeps growing and growing.

What about the Johnston Space Center? 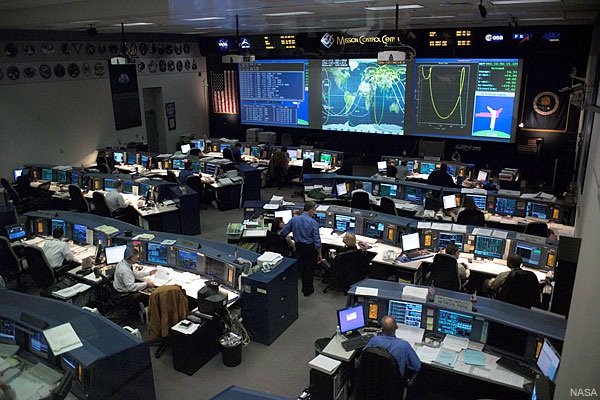 houston, we have a problem...

ElmoWhat about the Johnston Space Center?

Oh yeah, I live right next to it. I can walk to the main entrance in ten minutes. I havn't actually been there much, only about two or three times. I walk by all the time, but I don't normally go in.

All the big aircraft companies like boeing and lockheed martin have facilities within twenty minutes walking time from my house.

Pro-filer? I don't think he does. I am not sure about Redm, but bob lives in katy, north of houston.

You might not just out enough.lol. But yea i've been to houston for a Astros camp. I didnt get a chance to walk through the tunnels but heard alote about them.

I don't go into downtown often, maybe once every two months. I go to Galveston all the time, though.