My friend sent me this Article from a book or website which is suppose to help build better families and thought i should share it with you.

Brad Plumer (http://plumer.blogspot.com ) and a few other bloggers are having quite a bit of fun with James Dobson and Focus on the Family. Firstly, there are Dobson's tips with how to tell if your little child may be homosexual:

Helping Boys Become Men, and Girls Become Women Is My Child Becoming Homosexual? Before puberty, children aren’t normally heterosexual or homosexual. They’re definitely gender conscious. But young children are not sexual beings yet — unless something sexual in nature has interrupted their developmental phases. Still, it’s not uncommon for children to experience gender confusion during the elementary school years. Dr. Joseph Nicolosi reports, “In one study of 60 effeminate boys ages 4 to 11, 98 percent of them engaged in cross-dressing, and 83 percent said they wished they had been born a girl.” Evidences of gender confusion or doubt in boys ages 5 to 11 may include: 1. A strong feeling that they are “different” from other boys. 2. A tendency to cry easily, be less athletic, and dislike the roughhousing that other boys enjoy. 3. A persistent preference to play female roles in make-believe play. 4. A strong preference to spend time in the company of girls and participate in their games and other pastimes. 5. A susceptibility to be bullied by other boys, who may tease them unmercifully and call them “queer,” “fag” and “gay.” 6. A tendency to walk, talk, dress and even “think” effeminately. 7. A repeatedly stated desire to be — or insistence that he is — a girl. If your child is experiencing several signs of gender confusion, professional help is available. It’s best to seek that help before your child reaches puberty. “By the time the adolescent hormones kick in during early adolescence, a full-blown gender identity crisis threatens to overwhelm the teenager,” warns psychologist Dr. James Dobson. To compound the problem, many of these teens experience “great waves of guilt accompanied by secret fears of divine retribution.” If your child has already reached puberty, change is difficult, but it’s not too late.

But, as Plumer points out, the real comedy gold is in Dobson's newsletter, where he excerpts a chapter on homosexuality from his book. In it, he exploits some poor young boy with homosexual urges who is scared of going to hell. Then he urges fathers to affirm their son's "maleness and quotes a Dr. Joseph Nicolosi with the solution to "pre-homosexuality":

...the boy's father has to do his part. He needs to mirror and affirm his son's maleness. He can play rough-and-tumble games with his son, in ways that are decidedly different from the games he would play with a little girl. He can help his son learn to throw and catch a ball. He can teach him to pound a square wooden peg into a square hole in a pegboard. He can even take his son with him into the shower, where the boy cannot help but notice that Dad has a penis, just like his, only bigger.

Welcome to the 1950's where all women do is cook and clean and raise the children.

Gender roles stopped being so narrowly defined ages ago. Someone needs to get with the times. Also, with regards to the last bit... well, I don't think that's how it works, and that's about as much comment as I can muster on that.

I've always had a striking suspicion that James Dobson is (In fact) a very cleverly disguised comedian, providing hilarious material to people win an I.Q. above room temperature around the world.

Ofc. I am repeatedly disappointed to realize this is not the case.

While we've moved away, to a certain extent, from the dichotomous model of gender roles when it comes to employment; and to a much lesser extent associated social relationships; there are still fairly strictly defined gender roles.

Men are still expected to be restrained and strong, women are still expected to be graceful and emotionally open; that is to say worthless weaklings with poor impulse control. Men still do the fucking women still get fucked. If a man sleeps with an underage girl it's terrible, if a woman sleeps with an underage boy it's not. If a boy slaps a boy it's just the way things go when he gets the crap beaten out of him, if the same thing happens to a girl it's dreadful.

We haven't really moved on very far from the 1950s me thinks.

KeNDaLL2000;5165417My friend sent me this Article from a book or website which is suppose to help build better families and thought i should share it with you.

Lol, that article is a joke right? Right? :uhoh:

"Thou have deverted from thou true path of being either a muscline, though, factory worker or girly girl kitchen slave but thei can be saved!" *sigh*

I just don't understand how people can be so paranoid about some kid being gay, it's so frivolous and stupid.

James Dobson and all of his cronies are a cancer on progress in this country, fact.

I'd think it's fairly simple to understand. You had your kid to conform to a perfect archetype and the little bastard isn't conforming. 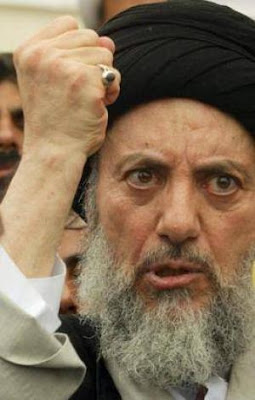 There is just so much wrong with the whole thing... "show your kid your penis, that'll straighten him out" I don't buy it... how is it supposed to work?

Surely if you are gay, then its kinda hard wired, and no amount of paternal penis flashing is gonna change that... And as for teh square pegs in square holes - I LOLED...

He can even take his son with him into the shower, where the boy cannot help but notice that Dad has a penis, just like his, only bigger.

There is not enough liquid nitrogen in the world for me to shower with right now.