The thread title says it all, what are your favourit drinks and foods? It doesn't matter if it's what you prefer for breakfast, lunch, dinner or evening or other.

Spammer, getting the +1 for not posting your favorites now!

I'm quite fond of mac & cheese (the cheap Kraft kind) and most kinds of pasta. As far as beverages go, beer and coffee. Not together, mind you...

Coffee and Kahlua or Irish Creme is pretty good though. I like granola with fruit, yogurt, honey and a dash of cinnamon for breakfast. Pasta is common for dinner, and I eat peanut butter and jelly sandwiches a lot for lunch or a snack. I usually drink water but also coffee and green tea.

A big piece of dead bovine, Mid-well and a mexican coke in a glass bottle.

Various or a single piece of meat marinated in red wine and spices, placed on a wooden plank together with mashed potatoes, a tomato and vegetables which then goes into the oven. Cover all this with Béarnaise sauce and you've got the tastiest food in the world. (Variants with baconrolls, onion rings and other differences exist as well) 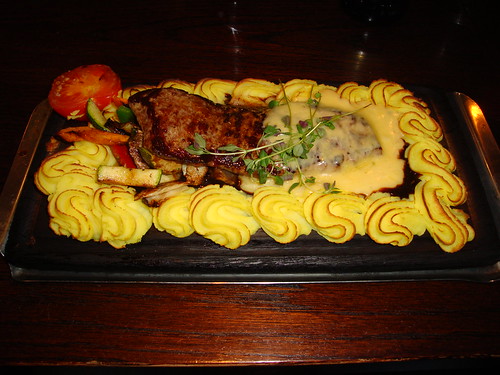 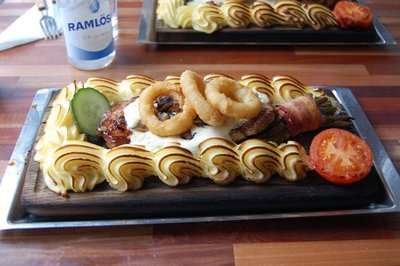 Drink would be Scotch (1879) and of course, Energy Drink. Food would be ugh... beef, I guess. I'm rather simple if it comes to food, so yeah.