So, I have a few really good friends, but I've known them since high school and one from work. I've noticed that meeting people as an adult is really difficult and I wonder if a lot of other people struggle with this as well? As an adult, pretty much all I do is go to work and go home, if I hang out with people, it's people I've known since those early days. There's one or two exceptions tot hat though.

I think it comes down to the fact that by the time someone truly considers themself an adult, they've been burned financially or emotionally by a friend in a big way and just want to have a nice status quo.

Enter you, the new variable.  You have to get past the work/school colleague bubble, learn more about the other person/share interests, and then also hope they are interested in hanging out in their free time.  If you are bumping into the queue of someone's free time, I think you're well on the way to being a good adult friend.  Just don't push the envelope too far too fast. 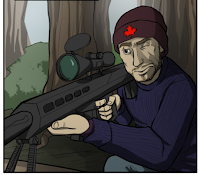 It's, more comfortable to not make many friends? You're not often in situations where you are pressured to make more friends? Modern day life does not necessitate community in the way life in the past did. It allows for it, but it doesn't apply pressure that makes life significantly easier or safer. It might make life more fulfilling, but it takes a lot of work to find friends that will make your life more fulfilling, and the drive for fulfillment doesn't seem to be a high priority instinct.

Given the fact that we live at work, 90% of a man's friends are from work. That is simply how life works.

Last edited by Lindale 10 months ago

We tend to lack social activities that allow us to work toward a common aim outside of paid employment. That seems to be quite important to men forming reasonably strong connections.

My experience has been that even if there's a cooperative game that you're playing together, that suffices. By way of example, I play dungeons and dragons, I've known people and consider them friends for years via that game.

Outside of that sort of thing, I really don't know how I'd make friends. Talking to other men, e.g. at work, a similar sentiment seems fairly prevalent.

Aside from the more responsabilities, it's hard to earn someone's trust to consider them a friend in "truest" sense of the word.

Aside from the more responsabilities, it's hard to earn someone's trust to consider them a friend in "truest" sense of the word.

I think this is a key part of it.

You become so jaded as an adult at times. Especially in the workplace, betrayal is everywhere.

That is very true. By your 30s, you have seen how the real world actually works, what real life is really like. By experience, you have learned to not trust. For that matter, family will always be the first to exploit you, because they expect family to put up with them, because that is what family does.

The harsh truth of life is that people don't care about YOU. They only care about what you have, and what you can give TO THEM. I learned that lesson in my teens. The fact of me being an outcast was mainly due to the fact of being raised a German Baptist school, but I have never believed in religion of any kind, so I was always the oddball by default. In fact, the only reason that changed for me was because a popular girl asked me to play guitar for her Graduation. Overnight, EVERYONE wanted be my friend, all because a popular girl decided I was worth the time of day. Really? Where was that friendly nature BEFORE she spoke to me? That is how I learned first-hand that most people are fake, and after something.

Sadly, even in adulthood, that does not stop. Mom is constantly bugging me about how the church is in dire need of musicians. In my late teens, I was a touring musician, and one of the go-to guys in the area. But, when I tried to talk to the pastors of the church where my parents are ministers, one pastor would be counting the minutes until I went away, and the other pastor would not give me the time of day. 20 years later, now that they NEED musicians, NOW they want Mom to give them my phone number? No. They don't want ME at all, and they never did. They want my guitars. They want my studio production knowledge. No. They missed their chance 20 years ago. If they cannot be welcoming to me before they needed me, then they are not going to be welcoming to me now that they do need me.

So, that is why I keep people at arm's length. Trust is earned, and that takes a long time.

I think that depends on what life was like when one was young. I've found the experience of adulthood has suited me well on the whole. It's nice to find that people aren't as hard-nosed and self-serving as I thought as a kid.

The real question is: why do you want to make new friends?  ARE WE NOT GOOD ENOUGH FOR YOU?! HARUMPH, I SAY!

In all seriousness, unless you're in a club or some other social group, it's pretty hard to make friends without it being on accident.  Location, wealth, and access to social groups plays a big part in the chances of meeting people with similar interests.  Like in the thread about assholes in the workplace, it seems to be that most people are too busy or focused on their own lives and aspirations to care enough to try getting to know you.  I find this tends to make people view others as mere tools for getting things done.  And manners and civility are just ways to maintain the tools.