I thought I'd mention this here as well for those who are interested.

"This week-end I'll be releasing an "Alpha" version of the mod - v1.05.00. I'll be compiling a list of the items that have been changed as well as those that still need to be worked on in the coming days. The mod will be in a "working state", available as is at this moment. I'll be sending out a pm to everyone signed up with the download location. For those who signed up feel free to play the release as much or little as you can. I would appreciate all the feedback over the release that can be provided and opinions on where you would like units/factions to end up. Many of the factions are very close to functional completion and all that is left for those factions are balance adjustments.

After this release, I'll be releasing new versions every 1-3 weeks with more content bug fixes, balance changes. Your feedback will help guide the directions that I take with the mod. I really want the beta program to kick into gear.

So sign up if you have not and want to get an early release and get involved in the beta! I hope that everyone enjoys and I did not mess too many things up.

To sign up, add a reply to the following topic and I'll add you to the list and send you the PM: http://forums.revora.net/index.php?showtopic=48974

Just remember, the mod is in "Alpha" stage. It is a work in progress and not ready yet for an official release. That said, combo hordes are ready for Dwarves, Men, Elves, Rohan, Isengard, & Goblins. Evil Men is getting closer and closer to completion. Most of the structures are in place in the first draft (including 2 fortresses, upgrades, and expansion slots.) There are many bug fixes and so much more - don't forget the new nazgul system with individual nazgul level 10 powers, etc.)

But it is still has lots of areas that need work. Button images/portraits need to be finished. Incorrect/incomplete tooltips. First draft of balance not yet complete. The campaign will be aligned in a future update."

I can't figure out how to edit so here goes: Well, here is the list of items to be found in the next release. I'll be modifying this over the next few days as things are finalized and I remember everything that is included:

General - Mod now uses the -mod command with a shortcut - Mod is updated with the RotWK patch with bug fixes as other items - All m.h.h. uses the regeneration rules of 2.01, though they respawn at level 2 instead of level 3. - Shellmap from BFME1 included as well as the video intro for BFME1 if you have it installed - Farm production radius' have all been reduced slightly (300->250)

BFME1 style Maps - New gameplay is near completion. See the topic for the guide on how it works - http://forums.revora.net/index.php?showtopic=48436 - 6 New BFME1 style maps are added - Dunharrow, Cair Andros, Anorien, Mouths of the Entwash, Belfalas, Brown Lands - The AI and scripts may be "off" with the recent changes. Once factions are complete everything will be fixed. EvilMen do not have an AI yet.

Arnor & Angmar - Not too much work done yet, but there are some small new things.

I'm sure there is a bunch that is missing. Souther Fiefdom units from Nertea are added, and a whole bunch of small changes and lots of fixes. Two important items not done: 1) reworking of campaign with all of the changes - parts of the campaign might be broken 2) first pass at balance of units - a good deal of units stats are the same before combo hordes and will need adjusting.

So there you are. A huge list with the biggest changes that will be released this week-end. There is a lot of work done, and a lot of work to do still, but now is a good a time as any to let other play the changes. Don't forget to sign up if you want to get a chance to download. http://forums.revora.net/index.php?showtopic=48974

The next release will be smaller and in a few weeks and the same there-after for beta-testers.

Well, I thought I'd throw in some screenshots of the 1.05.02 beta release. Among the things changed, I've added a camera system similar to the one used by Morgoth in his Minas Tirith maps as well skylines to some of the maps to try to "enhance" the BFME experience. So here you go - without the sky: Faramir, Boromir, Pippin (skins by Nazgul), Gondor Soldiers with HQ skin, & gondor spearmen by Argolis 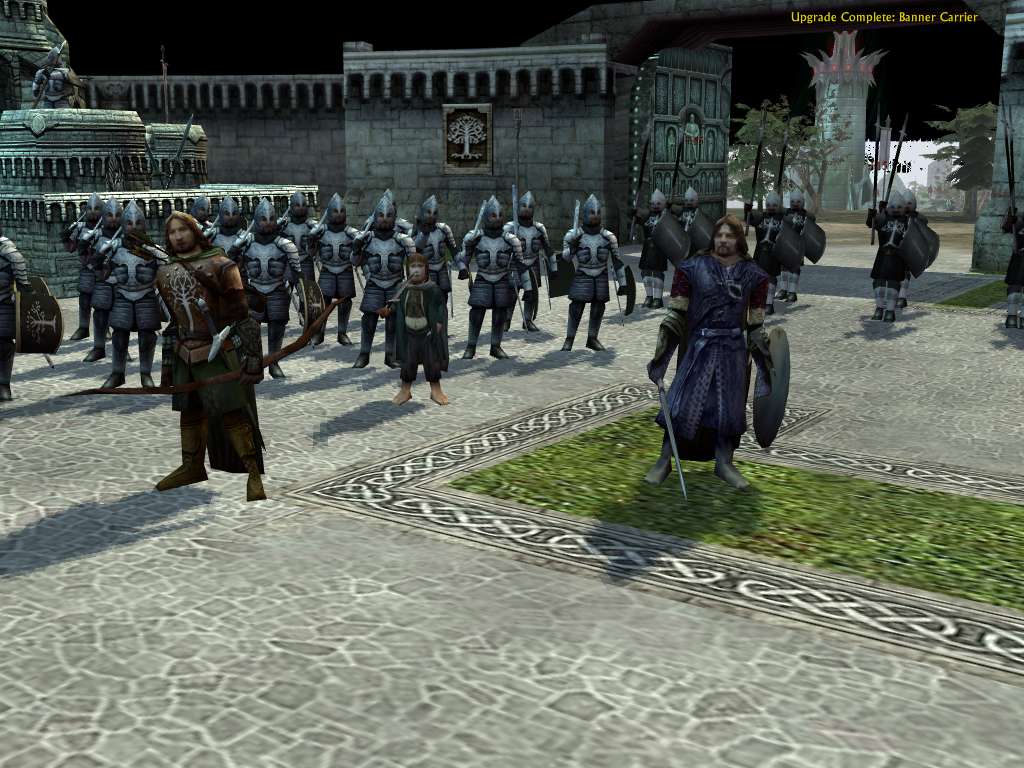 Citaldel Guards from BFME+ by Cahik_ (Replaces the Dunedain Rangers) 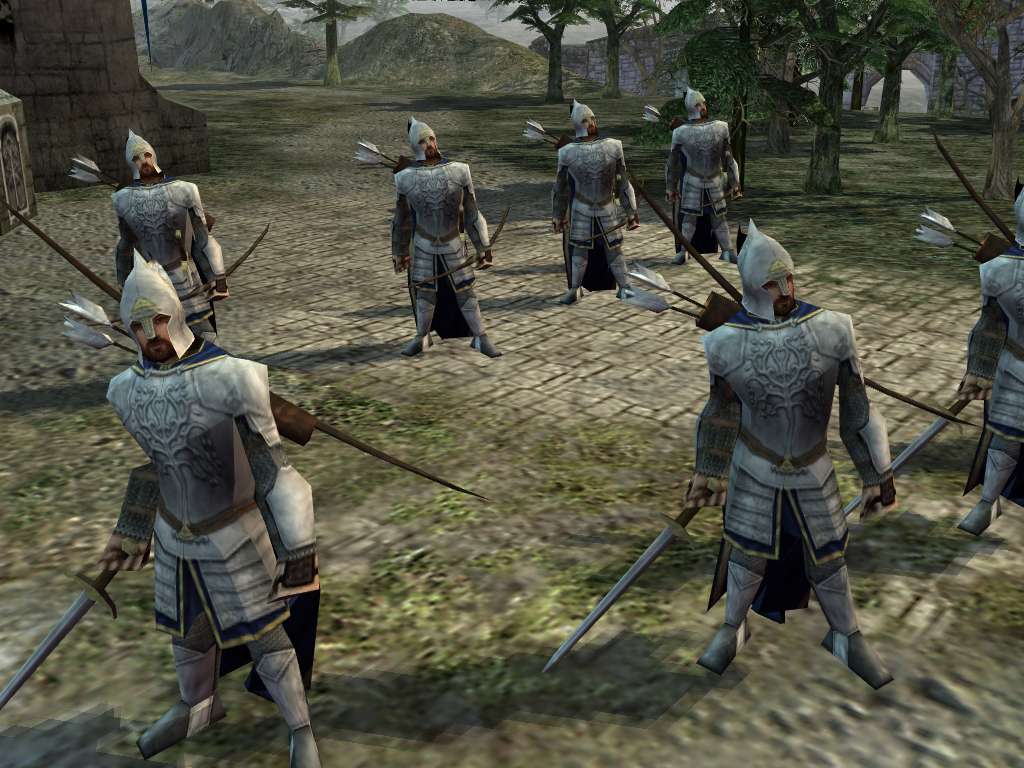 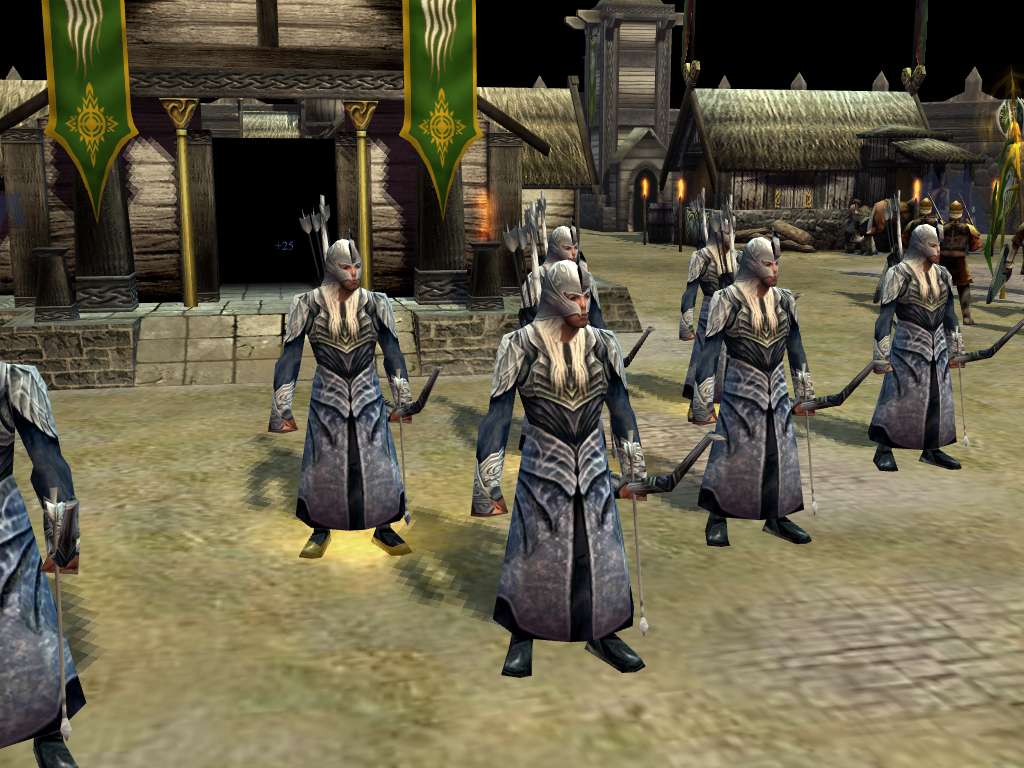 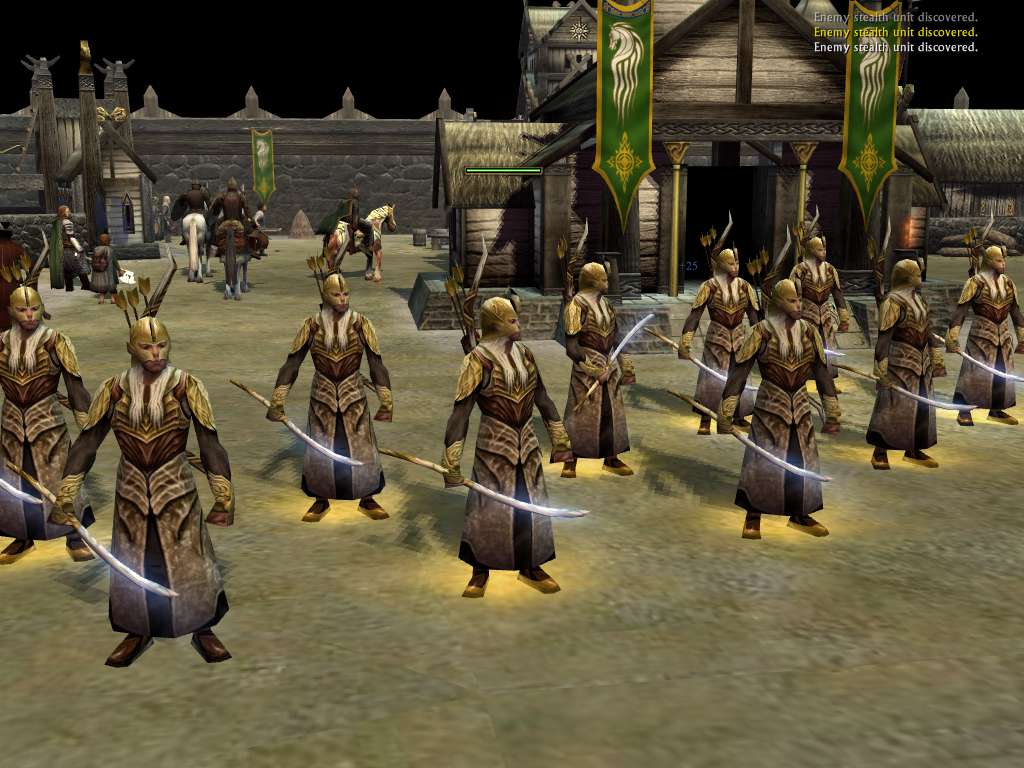 With the skyline: Rohirrim charging - skins by Nazgul and Nertea. 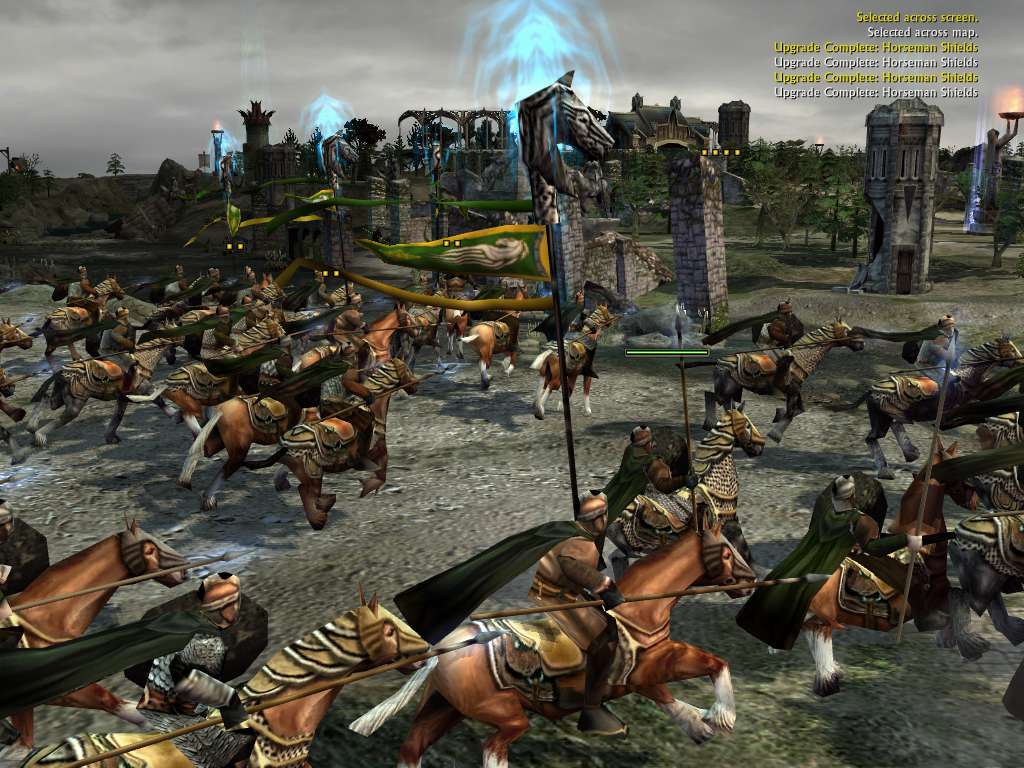 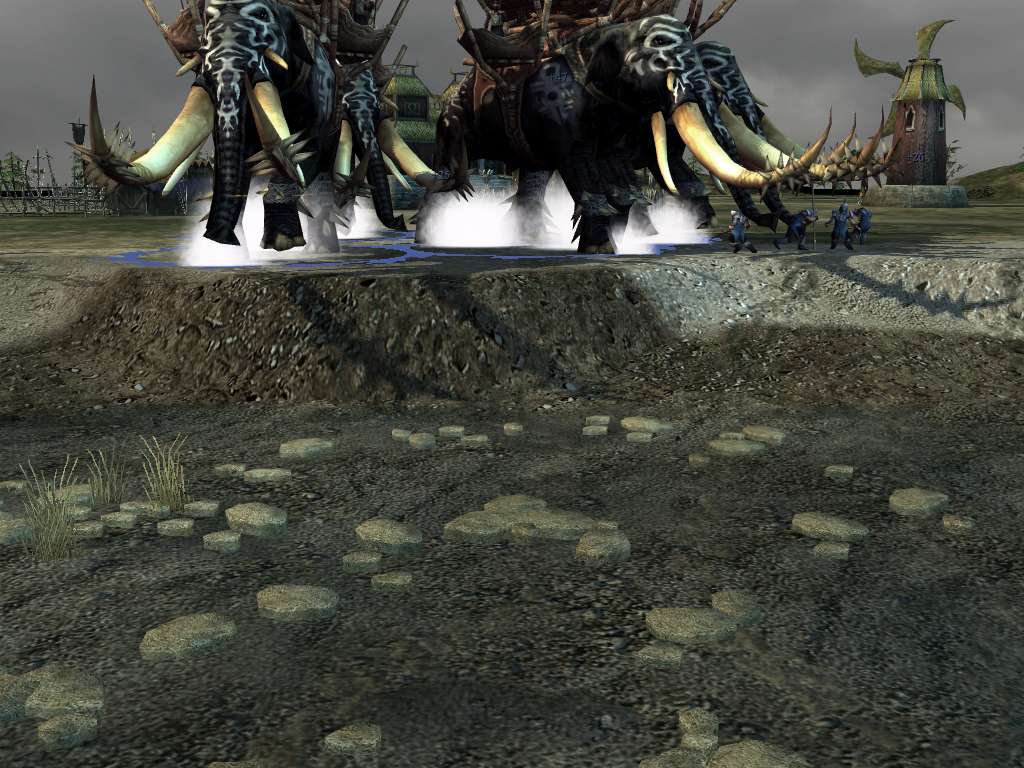 Brilliant, my nets running slow so I can't download it just yet, I'm getting it off of my mate that's downloading it for me if thats alright, of course he don't play game but the changes look good, keep it up!