I know something is wrong with these files because after these two ships are built the game crashes. I thought it was the self destruct that the ships creater put in because there was a 2 at the end of the name. I fixed that to match the stock ship's self destruct because that fixed other errors of the same type, but the game is still crashing with these two ships. Can I remove a few lines? AKA some physics files for some aren't part of the original game. Let me know, thank you. Nautilus Class

well the only thing i can think of is perhaps there is a hp thats not there? other than that it looks ok to me (except i really dont like odf's with outspacing lol)-1st odf 2nd odf file- i think your missing one of the most important lines? #include "battle2.odf" and other than that i think its ok?

Holy crap that's a lot of special weapons. Reminds me how much I hate the concept of God-ships. Check and make sure they're actually there in your odf\special_weapons folder. You also don't need 'label' entries unless they're hero ships used in the campaign. Plus the "Braxton__" sound entries-- make sure they're actually in your 'events.dat' file or else this can cause a crash (not always, but it does happen).

Thanks Starfleet Kid, by any chance where can I find the Braxton sound entries? Does any mod have them because I don't have them, they seems to be what I'm missing along with the atemp weapon, but that should have come with the mod for that ship, I didn't add it and checking the special weapons folder for the Sigma-class (USS Singularity), its not there. Now I'm going to try to find a ship that has that file to download... any suggestions of a good ship that has that weapon, even if its not Federation?

I've never heard of the 'atemp' special weapon before; that and the Braxton sound entries may have been part of someone's personal build and simply been leftover code. You're probably well enough to simply delete the lines of code and move on.

the Starfleet Kid;4941094I've never heard of the 'atemp' special weapon before; that and the Braxton sound entries may have been part of someone's personal build and simply been leftover code. You're probably well enough to simply delete the lines of code and move on. :cool:

I believe the 'atemp' weapon is either the Temporal Stasis Field special weapon of the stock Super Station or of one of the Premonition models on A2files.

I'll check. Is the Premonition a special hero ship? I've gotten into making some of those one time hero ships into their own class, my Incursion II class is the stock Incursion but armed a little more, I could do the same for the Premonition if its one like that, I have a special station building these type of ships. I'll at least check all Premonition models for that weapon. Thank you.

The Premonition was a hero ship in A1 so sure, make it a hero.

I've finally found the right Premonition-class ship that has the weapons I'm missing, and it happens to already have other names besides USS Prmonition NX 80189. This ship will be a build item, should I put it in my Starbase 97 station (from the Two Towers Mod) or since its a Temporal Ship have it built in the Temporal Research Facility? Any ideas? Also does anyone know where I could find this ship or this class of ships? USS Spirit NX-79995 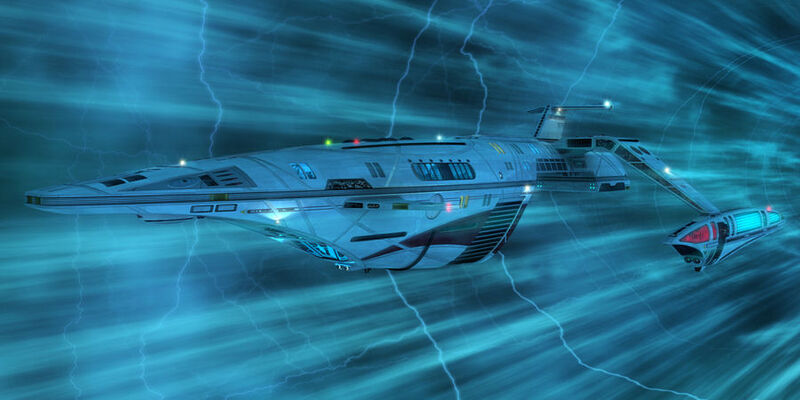