Okeeey, sooo, I know that people are slowly still moving on to FF8 (concerning Final Fantasy mod content). And some of you might already be thinking "sucky game, or, go ¨@%$" just from reading this thread's title.

I mean, sure oppositely to FF8, FF9 has nearly the worst battle system of all, but the maps, all places, and the whole magic factor I personally find a looot appealing & atractive, and I would just sooooo love to saber around in Lindblum, Lifa tree, Qu's home/swamp, Vivi's home, Alexandria, Terra, etc etc etc... or my favoreds, Burmecia & Cleyra (admit you'd like too ;P ), even if we don't get to play with Goku-rippoff & Sephiroth-cover (Zidane & Kujah)... EDIT: another favored: Black Mage Village ... or I could start to learn mapping for real and come out with a sucky blocky lighting-less version of one of these, but I rather try out Mr.Laguna in the mean wille ;) (as soon as I finish a current project).

I thought the magic animations in 8 were by far the best. Cura FTW. Everything after was a bit lame really, in FFX flare and Firaga looked too similar. The only good magic spells in FF9 were Thundara and Flare. My favourite ultima was FF7, and bolt3 and ice 3 in that game when used with -ALL were awesome.

And don't get me started on how awful the magic effects in FF12 are...it's just horrible to see what they have degenerated into.

i really liked the artistic direction of FFIX. i thought it was interesting, and very very cool. i just felt the story lacked somewhat. i loved the bahamut cinematics too. bahamuts first appearance, being summoned in the ocean, and then destroying Alexandria, was just awsome.

i found FFIX really enjoyable haven't had the patience to beat it yet due to laziness and the fact that i will beat hades every time i play through i get better and better at it and it definetly had my favorite incarnation of bahamut ever i mean he just kicked so much ass in it, hell this was my background for the longest time 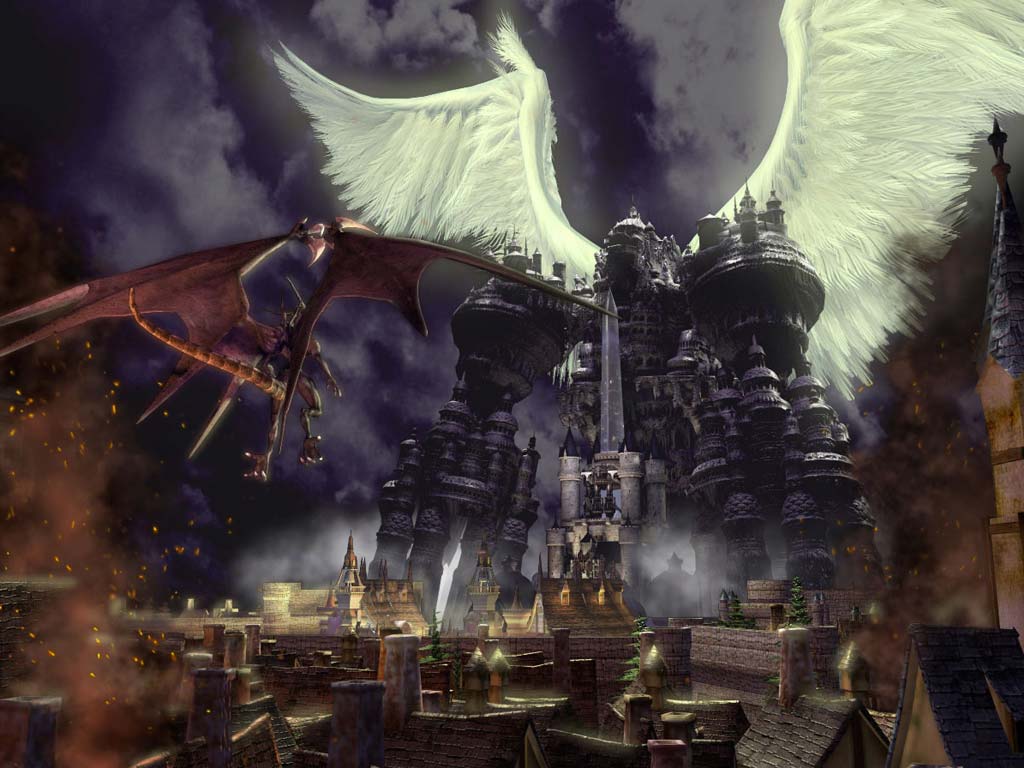 I don't think that I've ever seen an FFIX mod... there must have been a mod for almost every other Final Fantasy that is relatively modern (I don't think I've seen an FFXI mod for JKA, though I may be wrong). It LOOKED the best on the PS1, quite largely due to the FMVs and the places. All that said, I agree with Gir. Story a tad underwhelming but great otherwise. Maps would be nice, not to fussed on player models or weapons, but that would be cool as well.

I've removed the posts that were deemed as being off topic. Please stay on the topic of the FF maps and not discussing FF in general.

oh god not another one.... dude, chill the fuck out. the only reason anyone uses this forum now, is to discuss things. whether it's fully on topic, or mildly related to it. it doesn't matter, no one cares. at the end of the day a forum is a place for people to talk, nothing more.