Could someone model a Jason Court skin? If anyone could, that would be awesome! Jason Court was the Actor who did the cut scenes from DF 2. Thanks!

There are no pictures. Your request has been ignored. 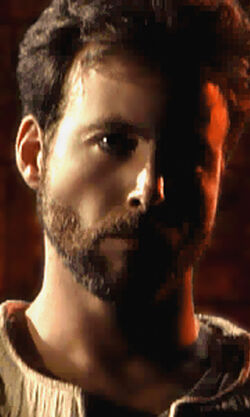 Ha ha ha, that guy looks like the biggest molester ever

Here's a WIP images of my Dark Forces II Kyle V4... lol yeah I know, yet another version.

I'm trying to make it look like Jason Court as much as possible.

That looks like one of the biggest kiddie fiddlers around

Nice skin btw. Even though there are alot of versions they are all well skinned.

Wow Darth Phae! V4 I thought you had it at V3. V3 was great. But I was looking at this board and I saw this....look down and you'll see. The jason Court skin.

Other wise great job! I just want a Jason Court skin to get rid of the bad Kyle skin.

scroll down and see

Oh and about that other Jason Court skin. I believe that skin is going to be used in the Dark Forces II mod. Not sure though but I thing that's what I saw somewhere.