I would really like those models to be made for jka. I know that it will be a hard work, but I would really appriciate for doing this

- A cloaked and hooded member of Organization XIII 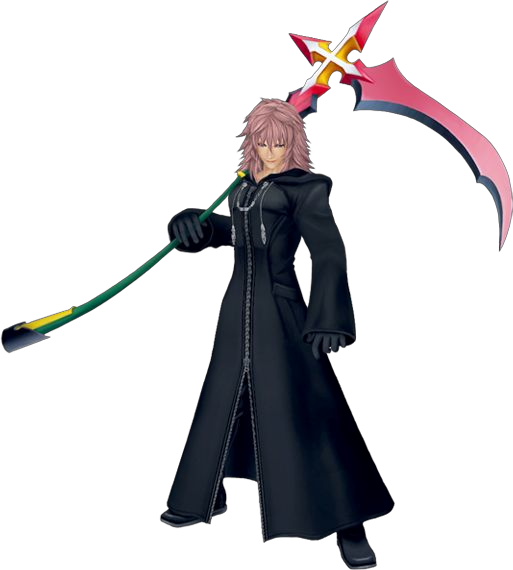 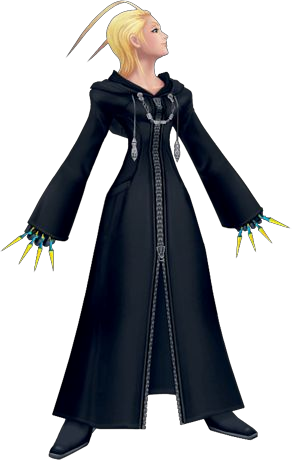 "kingdomhearts.wikia.com"Dress Each member in the Organization dons the same uniform, regardless of whether they are male or female. The uniform consists of a single black leather hooded cloak. It is plainly adorned with a silver zipper and seemingly pointless silver beaded pull strings for the hood that form a semi-circle in the middle. Each member wears their zippers at differing points.

Not much is known about the under garments of the Organization. It is known however, that they all wear hakama-esque black pants and knee high silver trimmed boots. In addition to this, they all bare black leather gloves of some unknown length, as they disappear under bell shaped sleeves. Some members have different-looking coats, for example Axel, where his sleeves are tight around his wrists.

They are from Kingdom Hearts series and I do not ask for weapons, only skins (models).

My name only has one L

This is one of Eclypse's projects.

kewl, i look forward to it

You couldn't have been more original, could you? After all, Organization XIII has been requested seven times, including this one (for different games some of them). Oh, and it'd be nice to use spoiler tags once in a while

Are you sure Zexion isn't a chick...or is he just a Chris Angel look alike with purple hair? Ah well.. meh:

I've got them weighed and I almost have Xigbar done. Still, its a lot of crap to do, and its certainly been made easier by Tryforce's Axel being the base. I work on these periodically, but they're not at the top of the list at the moment. Maybe I'll get Xigbar weighed and do another head today, but we'll have to see if I have time(when you grow up, life isn't as easy as you thought it would be when you were a kid :)).

OK, so that went by faster than I thought:

Bear in mind, I was working on these guys for the last 4-5 months periodically, and that's why they're as done as they are. Anywho. I've got another 10 to go...so don't bet on this coming out anytime within the next 6 months (though these same models will likely be used for Crysis). Also, they still need cosmetic work too, so...its WIP...slow WIP. :)