Looks like cards coming out of the facility in Mainland China are having some major issues, here is a statement released (in Chinese) with rough translation; 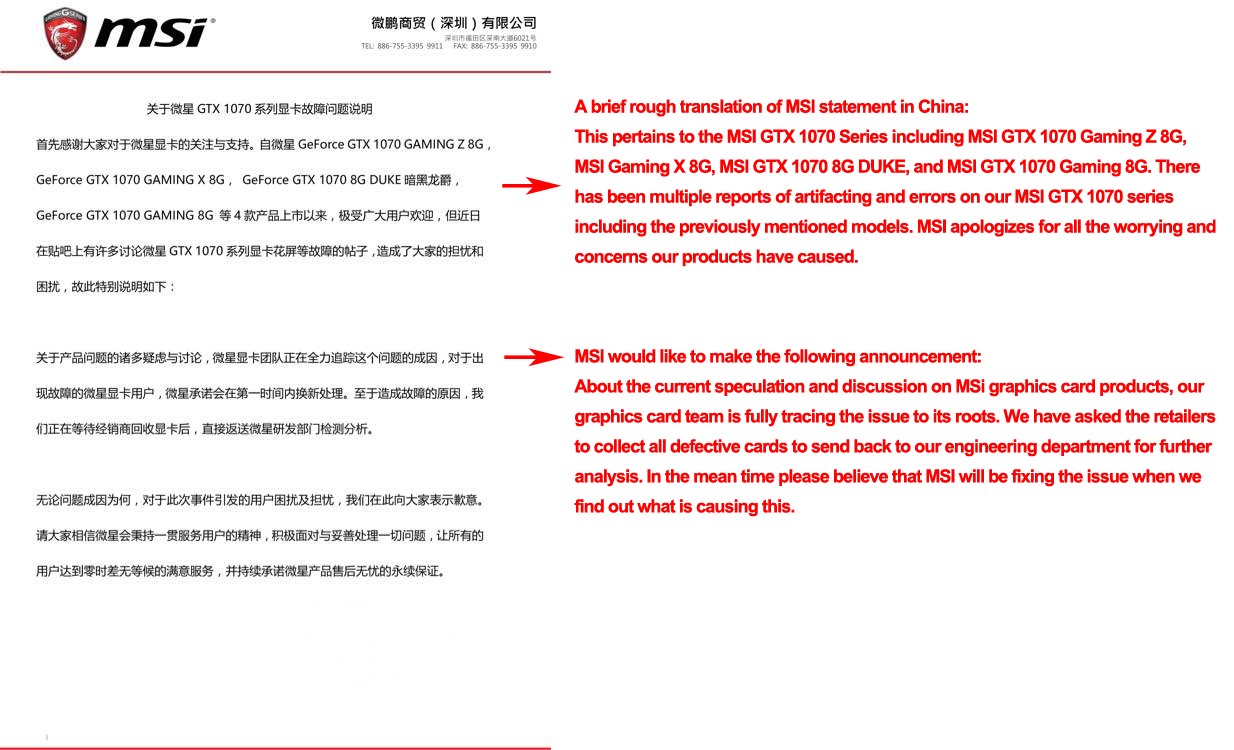 According to sources, that out of 200,000 units sold, 8000 of those units came from China, and 100% of the cards sold that came from the china plant were RMA'd due to artifacting and performance problems.

100%. That's a pretty impressive fuckup right there. That's an entire run from one factory down the toilet. Clearly QA testing isn't very high on MSI's priority list. The issue is allegedly down to bad batch of VRAM chips used in this particular factory.

You obviously can't test each component that goes onto the cards, but you can take random samples of each batch. And you can run every nth card through a testing procedure.

Tssk, bet they wish they've been doing that now.