As we all know, every few months there is some sort of graphical advancement that opens up a new generation of game (bumpmapping, complex physics, ragdolls, complex particle effects), but one thing I've wondered about is complex particle physics. Why has no one come up with this yet (or have they?). We see incredible smoke effects in games (i.e Call of Duty 2, among many others), and lately, particle effects have made explosions look wonderful and 3D. With physics being among the most revolutionary things in games, why have we not integrated physics into particle effects? Sure, smoke rises, but I'm talking more than that. Even in the latest games, you can throw a handgrenade into a bunker, and see the same old grenade explosion that often times even impossibly comes out of the top of the bunker. Why is it that nobody has developped the technology for the particles of that grenade to dynamically (so no script) fill the bunker and shoot out any openings (like the murderhole or doorway)? Another example would be having an explosion under a metal box: Without technology like this, the box goes flying, and the explosion looks the same as always. With this technology, the explosion would cause the box to fly, the explosion, having nowhere to go, would shoot out from the sides and blow the smoke horizontally? Sorry if my point isn't being carried accross, it's hard to type this idea out, but does anyone know if this technology is in the works or has even been thought of? It's kind of lame in today's games of incredible graphics to still see smoke travel through a wall. One also has to wonder how taxing on a system this would be. Your thoughts and ideas?

from what i hear, wait for DX10.......it may be in there, i have heard rumors of realistic smoke (ie you run through it and it moves accordingly)

Laser sights added in games moving accurately through smoke also hopefully, just for a little fun :P. Yeh, i get what you mean man, I've also thought about it, it's great to think we're living in the day that this stuff is advancing so rapidly. Think, in a little over 10 years, we went from this: 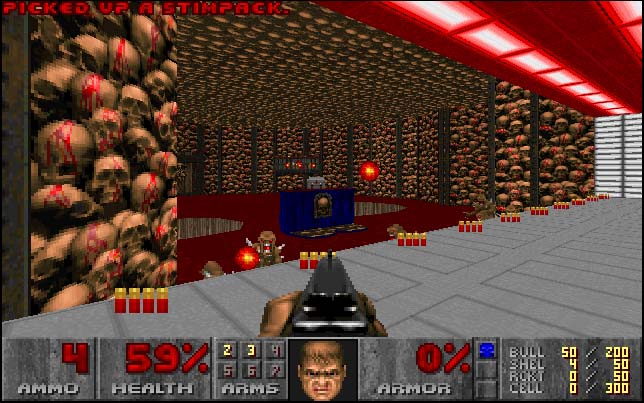 And it's only getting better faster. I think the times we're living in now (have been) and will be the most rapidly advancing in computer technology as far as graphics and physics are concerned.

I think you are right and the future of games is in this type of technology. They have already started to develop it and certain games now have excellent physics engines and the means to use them. http://www.ageia.com/physx/

Put simply, because hardware can't handle it. The calculations are too complex to do in real time, all the time, at a real-world scale. PhysX is the first step in the right direction, but don't expect perfect realism for many more years to come.

C38368Put simply, because hardware can't handle it. The calculations are too complex to do in real time, all the time, at a real-world scale. PhysX is the first step in the right direction, but don't expect perfect realism for many more years to come.

Yeah. I just watched the videos on the Ageia website for their physics card. It looks sweet, but still not "right" or "real"

Well, at least with games like Crysis, we are approaching near photorealism

Yes, I can't wait to try that game out. From what I've seen, it's probably the biggest leap in gaming advance since HL2's Source engine.

Part of the EPA's swat team

I think by 2009-2012 you can expect the sort of things you described, perfect realism, I for one look forward to it(and quantum computers)