Aeroflotte;3895563I hope it's not a real chupacabra, because that would be embarrassing for a legendary creature to be taken out my a passing car.

Like she said it is one ugly little thing. But as for the part about it being a Chupacabra..... I really don't know. Let me put it this way, I really don't think Bigfoot is real. But that fish they found in the 60s (I think it was the 60s) they thought that it died out with the dinosaurs. So I'm even

masked_marsoe;3896915It's meant to be a vampire dog-bat-thing, in the same league as Nessie or Bigfoot.

Ah so one of those legendary creatures? Interesting. Still ugly as funk though.

A vampire-dog-bat thing. That could have some serious implications..

Mephistopheles;3896271Believe it or not, this is also a dog (although good old Sam is dead now): 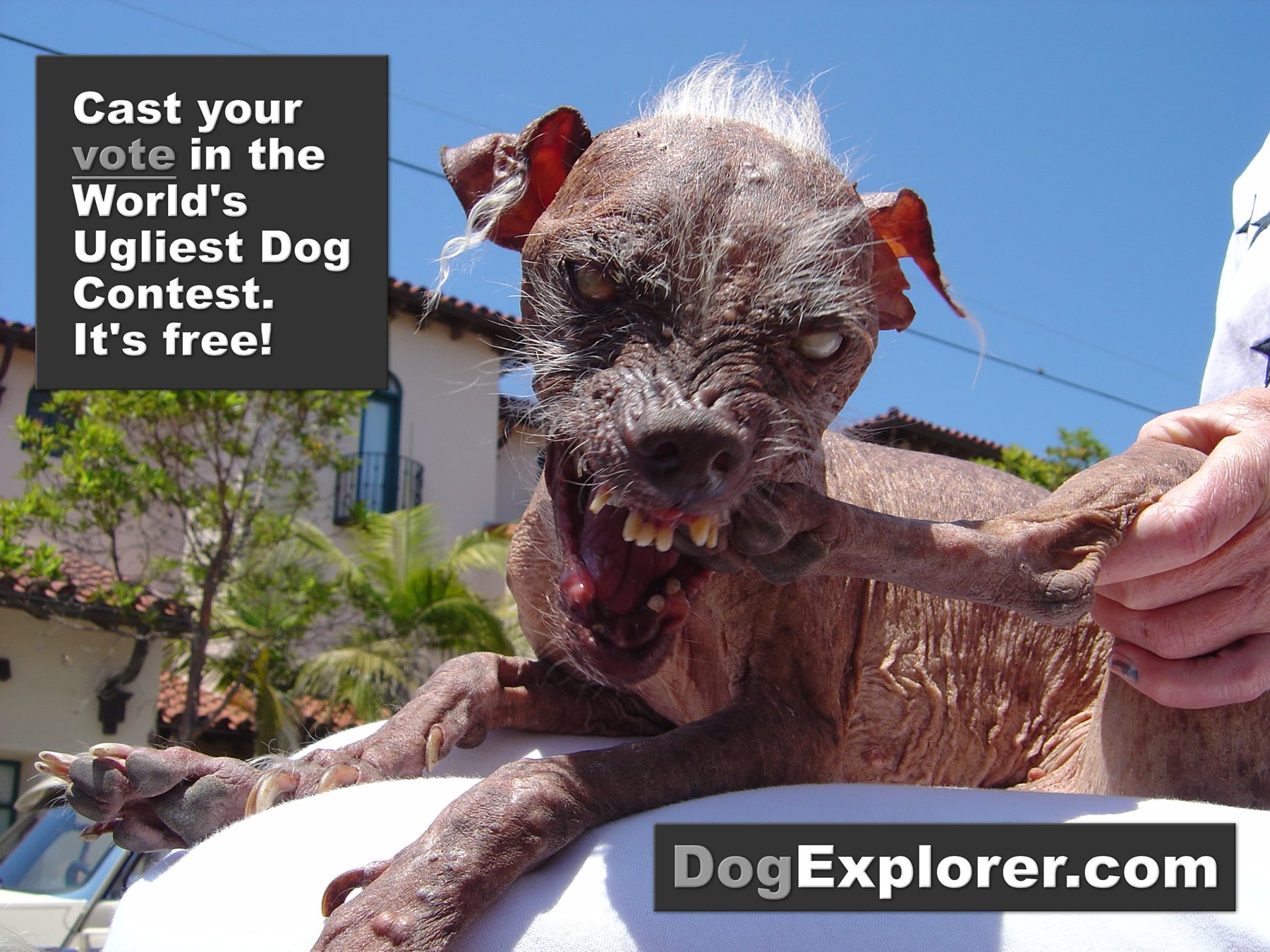 "Sam" is possibly one of the saddest and most disturbing things I've ever seen. The maltreatment of that animal most have been so severe it's sickening.

Sam was an ugly old dog, but I don't think that he was actually mistreated:

His ugliness gained him international fame and celebrity – his death was a top headline on major news websites. Susie Lockheed, his owner and a resident of Santa Barbara, took him in as a rescue dog in 1999. In 2005, Sam starred on Criss Angel's 2005 Mindfreak Halloween Special which aired on the A&E Network. Sam played the role of Angel's cat, dressed up in a Halloween costume.

Due to heart complications Sam was euthanized on November 18, 2005, just shy of his 15th birthday.

But he looks like a rat gremlin, doesn't he?