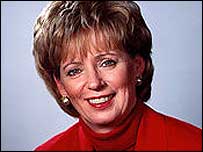 Ms Sgro says she hopes to return to the cabinet Canada's immigration minister Judy Sgro has resigned over allegations that she agreed to help a pizza shop owner avoid deportation in return for free food. Harjit Singh says he delivered free pizza and garlic bread to Ms Sgro and up to 16 election campaign volunteers. He says Ms Sgro reneged on the deal and ordered his arrest to "save her job" as another immigration scandal broke. Ms Sgro says she had no alternative but to resign in order to fight "these outrageous fabrications". Her resignation comes as a blow to the ruling Liberal party, which lost its parliamentary majority in June elections after a scandal over the misuse of millions of dollars of government funds. Prime Minister Paul Martin said he accepted Ms Sgro's resignation with "great regret". 'Pizza, garlic bread etc.' Mr Singh - a father of three who came to Canada in 1988 - is currently in detention awaiting deportation fraud charges next week. In an affidavit, he says he went to see the minister in the run-up to general elections in June last year. "I told her my whole situation and she assured me that if I helped out in her election campaign she would get me immigration in Canada," says the affidavit, quoted by the Toronto Star newspaper. "I own a pizza store in Brampton and Judy said that she wanted me to deliver pizza, garlic bread etc., to her campaign office in North York. I did this," he said. Mr Singh says Ms Sgro began to distance herself from the agreement when one of her volunteer election campaign workers threatened to reveal it, the Toronto Star reported. "I believe that now to save her job Judy Sgro is using her power to remove me from Canada," the paper quotes Mr Singh as saying in the affidavit. Mr Singh says the deal began to unravel at about the time Ms Sgro was facing separate allegations that she arranged a temporary residency permit for a Romanian stripper also working on her campaign team. Ms Sgro has vehemently denies the alleged arrangement or even ever speaking to Mr Singh. "It is unfortunate that these outrageous fabrications have interfered with my vision and desire to modernise this portfolio," she said in a statement. "Let there be no doubt that I will be fighting these allegations vigorously with every measure at my disposal and will remove all doubt about my conduct."

I don't think anyone would have done anything different if this story is true.

mmmI would have chosen the pizza too

I can't understand why this seems so important, who cares if one immigrant won't leave? He's giving you free food, yummy!

I woulda told the immigrant to get legal, or go.

This is, without question, one of the more ludicrous scandals that I have heard about. I find it highly unlikely that somebody in that position of authority would resort to such an absurd method in hopes of saving her job. :vikki: