It seems to me that there's really not many ways it can go at this point. It seems likely a No Deal is the most likely outcome, but the way I see it, the only outcomes now are;

Given Boris won't do a second referendum, it seems unlikely a General Election can happen in time, and the EU refuses to budge, it seems the only options are no deal?

Does anyone else have any thoughts on outcomes? We seem to diving head first into the deep end here, and nobody's told Boris the pool is empty.

At this point, there's no real motivation for the EU to negotiate another deal that yet another British prime-minister won't be able to sell to Parliament.

It's much the same in any negotiation: If you need multiple parties to agree, you need to first work with the people involved to form in-principle agreements with each of them as to what they're prepared to go along with - and perhaps more importantly, on those issues that they don't care over-much about. Those agreements form the basis of your trading when negotiating with other parties. Nothing seems to have been done to secure such in principle agreements. By the time you've got a document at the end of things, it ought to be that the deal is basically done.

My suspicion would be that we can't leave with a deal at this point. Either the Article 50 notification is revoked, perhaps on the basis of a referendum, or we crash out of the EU.

I think it will just be the same cycle as before. May took over because Cameron was not able to deliver Brexit. May could not deliver Brexit, so Johnson took over.

Johnson is not going to deliver, so the question is who to look to afterwards.

It all goes back to what I said numerous times before. The initial Brexit vote was 52% to 48%, which is literally Cameron flipping a coin to decide staying or going. Heads is stay. Tails is leave. IT'S TAILS! GOODBYE!

You cannot run the nation on a coin toss. That is why a law of 2/3 majority vote is so needed. 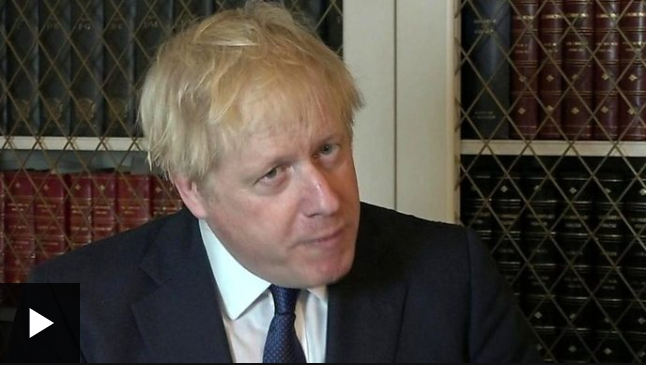 The skull-faced maniac has 'advised' the queen to suspend Parliament. Advised is a polite fiction in these times.

Imagine if Parliament had been suspended to get the second Iraq War. Or if Parliament had been suspended in order to enter the EU in the first place. Insofar as this works, we're not a democracy. These people have come to power on the back of racist, isolationist, fear-mongering dogma. They've suspended the democratic process in an attempt to get their way.... And insofar as you have to suspend the elected representatives of a people in order to get your way, you cannot with any credibility argue that what you do is the will of the people.

It's very few steps from here to burning buildings and a Night of Long Knives.

First of all, what democracy? Queeny comes from a family line. Queeny appoints the Prime Minister. The Prime Minister appoints the House Of Lords, and their descendants get in by hereditary right, and priest get in for running a church. Like it or not, you didn't elect the ruling body of the government.

That all said, you did elect the MPs, and suspending Parliament does mean MPs no longer function. That eliminates what little trace of democracy the Disunited Queendom had. And, considering that Queeny is mainly for ceremony now, that means the "haunted mop" is the one in charge of the Great British Empire.

Anyway, the question now turns to what that "haunted mop" is going to do next. He is the British Donald Trump, with a horrid haircut to match. So, is he going to shut down the government because he didn't get his way? This is quickly heading towards dictatorship. I don't like this.