I can't believe GJC is just going around flaunting his power like he is. Raising his own Legions in Gaul? I mean come on, next thing you know he is going to be marching on Germania claiming to be liberating us! And his expansionist policies disturb me. Remember the last time someone like this went running around? I'm surprised Caesar's legions aren't wearing brown shirts instead of red.

Remember, his agression and wars may be against the Helvetii right now, but eventually the whole of the free world will be on his list.

I am wholeheartedly petrified by the condescending and effortless nature of the previous post.

The behaviour of GJC is taking on the shape of a truly frightening trend. This "dictator in perpetuity" is nothing more than a populist scumbag and his extra-legal arrangements are beneficial to no-one but his inflated ego. I for one don't see the reason we should stand for a "war on barbarism" which seems to cause more harm then it seeks to fix. For years he has been forming a Legion in Gaul yet the largest menace escapes and mocks him effortlessly, as has been documented by some of the brightest visionaries of our era such as Goscinny and Uderzo.

I do not know what the maniac has planned, but I for one hope to see his empire fall in flames ignited by his own self-righteous spark of idealism.

I say we take action asap. We can have a special forces team led by General Brutus on the ground within a month. I've penciled in the 15th of March as the "go" date to overthrow this tyrant.

All this republican bullshit propaganda. Caesar, who has been elected as our consul, has nothing at heart but the best interests of our republic. The Gauls and Germans were a threat to our empire: remember Arausio!

Oh cmon. It's not like you Democrats can do any better, you'll probably just end up wasting trillions on gladiator matches to "stimulate the entertainment industry" :cort:

It is obvious he is just doing it for the oil, olive oil.

Ahh, I see, you wanna live buy some kind of pagan style of government, well Rome was founded on a Republic!!!!! WE WILL NOT GIVE IN!!!!. 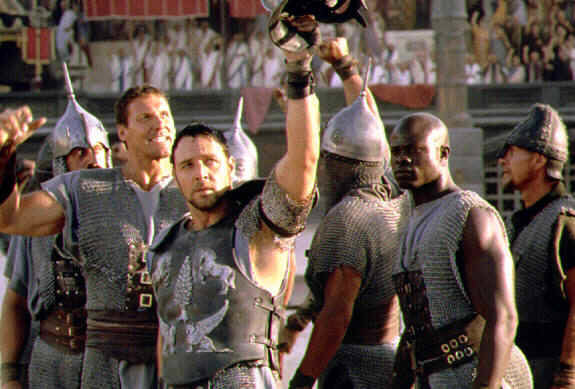