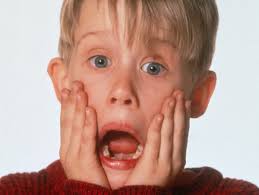 Sure, you have all grown up thinking that he was just defending his home from crooks, but any normal kid would've called the police. This kid, burned, impaled, concussed and burned again home invaders! This kid was certifiably insane! Add to that, what he did to the same crooks during a vacation in New York! :Panic:

He paid geneticists to create clone dinosaurs, and he wanted to use them as theme park attractions! What's worse, is that he didn't do background checks on all his staff (Dennis Nedry), which resulted in systems being programmed to fail, allowing the dinosaurs to run amok, killing loads of people!