It seems that Fortnite need not have worried when Apex Legends burst onto the scene, as despite a high initial popularity, there seems to be figures now suggesting that it's quickly fell out of favour, with Fortnite remaining ever increasing and steady.

The report comes via VGR, who are using the fairly reliable metric of viewing figures for livestreams. The stats show that while having a massive initial boost over Fortnite, hitting over 40M at one point, it's since steadily  been dropping and is now way, way below the 20M mark. 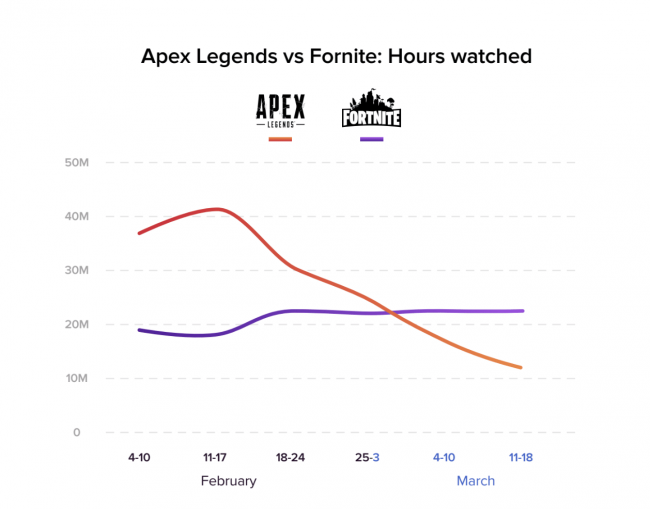 Fortnite, on the other hand, remains steadily above that number. The trend co-insides, too, as one dropped, the other rose, but not by as much.

Now this isn't to say that there aren't still more people playing Apex, this measure just shows a more interesting trend on social buzz, and livestreams in particular - player numbers are of course known only really to Respawn. and if they choose to share it is up to them.

Still, it's interesting to see, and may signal that Apex has failed to dethrone the king of the Battle Royale.