The Edain mod has been around the community for a little while, it was one of the most anticipated mods upon its announcement, it won 5th place in the 2014 Players Choice Mod of the Year awards, and in 2015 won the Players Choice award. Just after Christmas 2018 the team released a campaign teaser for version 4.5 of the mod and to say it looks impressive is a massive understatement!

The mod comes with the original factions for Rise of the Witchking and then over 10 subs factions for example the Dwarves have been split into the Iron Hills, Erebor and Ered Luin factions with Men split up into Gondor, Rohan and Arnor. The mod aims to bring back authenticity to the lore of Middle Earth and splitting up the factions as so brings it closer to the world of Tolkien which I'm sure all Middle Earth enthusiasts want.

There's been a change to heroes in the mod too, with new heroes coming in like Thorin and the Necromancer we see in the Hobbit movies, this adds a new layer and depth to the game with players taking different strategies in utilising their favourite heroes. The custom heroes you can make in Battle for Middle Earth 2 and the expansion pack Rise of the Witchking was always said to be overpowered, you can make the most amazing hero no matter the class. So there is a huge re-work for this part of the game to not only bring balance but authenticity and a break from how you can have wizard spells on your warrior - brilliant!

Unique maps also feature in the game including unique missions that will take you across Middle Earth to fight for your cause. Alongside this we find a new system for Castles and Settlements, the second Battle for Middle Earth game and its expansion do not have castles or structures, it's fairly open play. EA wanted a fast paced RTS game, unlike the original the light side factions (Rohan and Gondor) had castles they could defend from. The Edain mod brings up the Castle and Settlements back into the game and we can see an excellent example of the Angmar factions castle below. 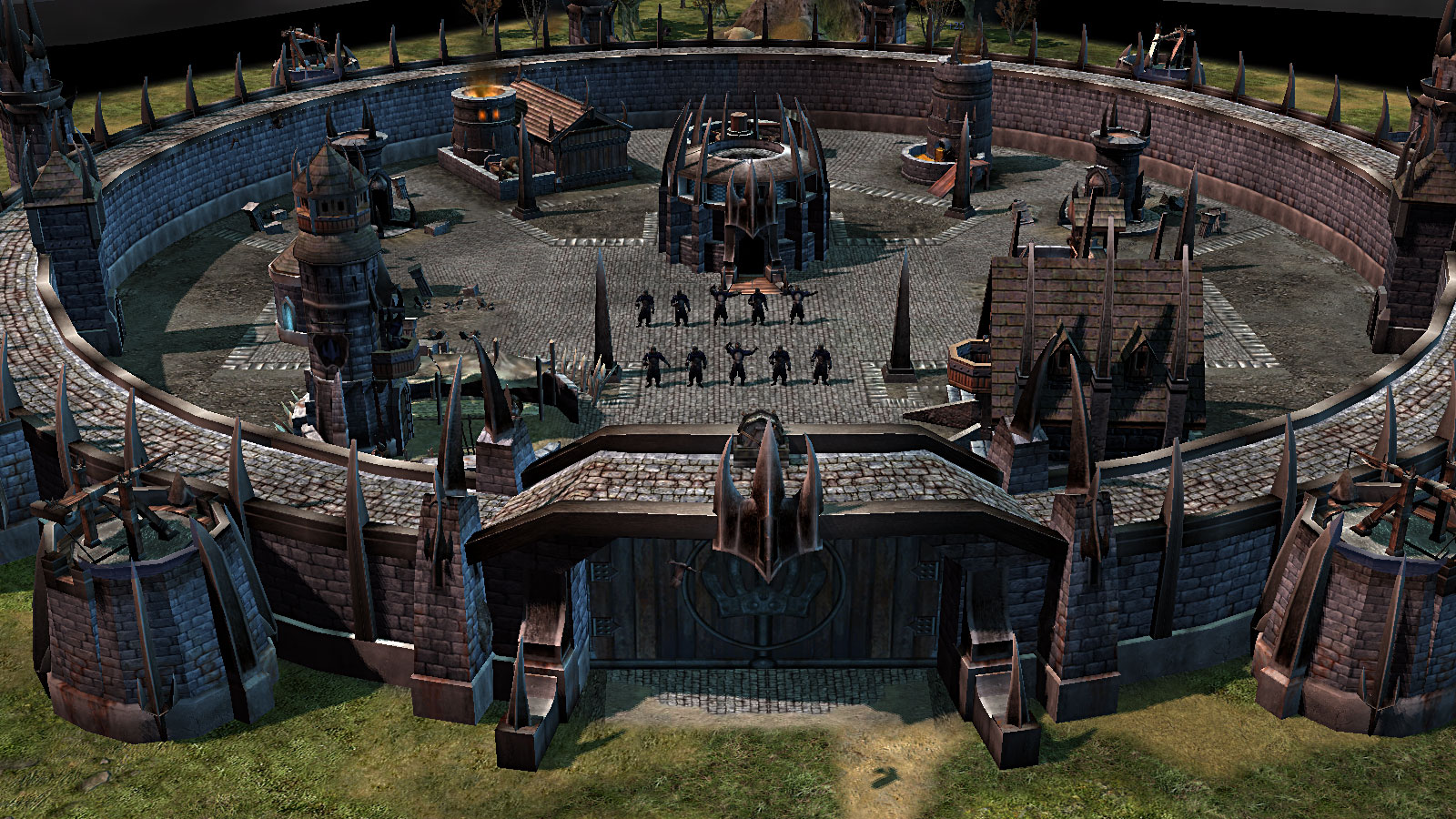 The castle of the Angmar faction

The game of course comes with new skins and textures as you can see in the screenshot of the castle above but also in their latest news post about the Uruk Hunters for the Isengard faction. The mod created the Uruk hunters to be Isengards heroic units, for example in the vanilla game Men of the West get the Knights of Dol Amroth whereas Isengard lack in that heroic unit respect. These Uruk Hunters get more powerful as they level up, the update states that if you get them to level 10 they almost become unstoppable! They come with abilities too as they level up and and the detail of the abilities are astounding, the best part is they make you think and build your strategies adequately around units and your play style.

This mod is one of the best mods around for Rise of the Witchking, if you want to dust off your copy of the game or are looking for a game that's so detailed in lore, beautifully textured, skinned and modelled, or just looking for a game with that added level of strategic thinking make sure you follow and download the Edain mod. You can visit them at their Mod DB page here.