Ever wanted to get a better feel when you're dog fighting in Battlefield 1942? Well now you can with this impressive newly released mod!

The mod primarily aims to give you the best seat in the house with a fantastic nose cam for all planes. The mod works in single player or co-op modes and should be used on the v1.61 patch for Battlefield 1942. 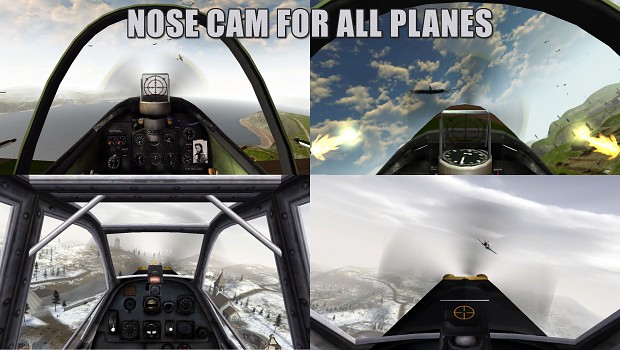 The full changelog consists of: