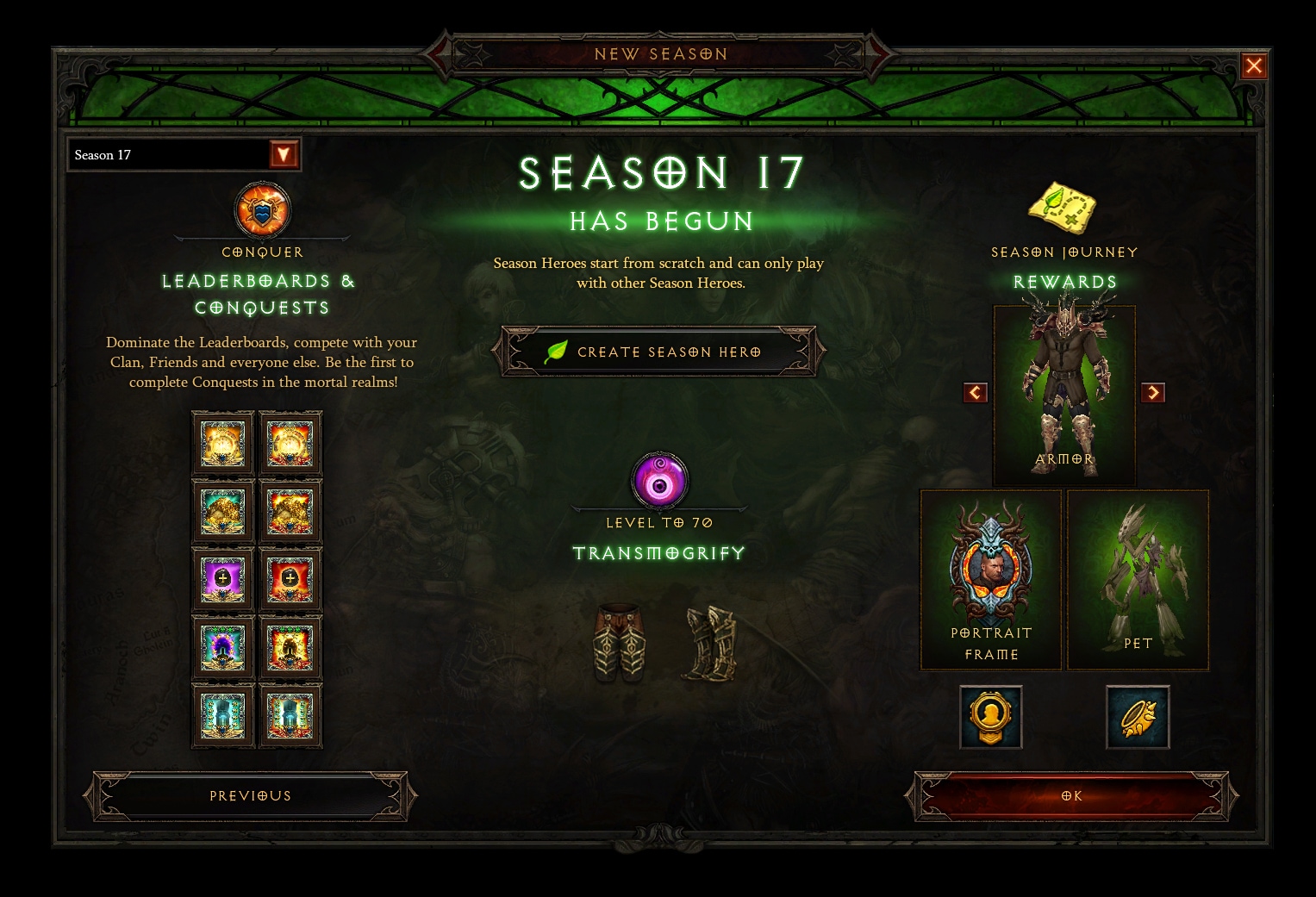 The much anticipated Season 17: "The Season of Nightmares" begins next Friday 17th May alongside the latest patch for Diablo III that include new torment levels, what is said to be a "nightmarish" seasonal buff, legendary item updates and some quality of life changes. The season theme is an all new buff that seasonal players will get a benefit of the "no set" set, and any ancient legendary you find will be much more valuable. The no set set bonus will encourage players to try out very different and very unusual builds so it'll be interesting to see what players come up with to maximise their characters potential.

To begin with we'll talk about the class set rewards . You'll need to complete chapters 2, 3 and 4 which will reward you with three of Haedrigs gifts and each gift will contain a few pieces from one of the class sets. You can only unlock one class set per season across hardcore and non-hardcore modes and also depend on what class you open them with, so keep that in mind!

Here are the sets granted by Haedrig’s Gift in Season 17: 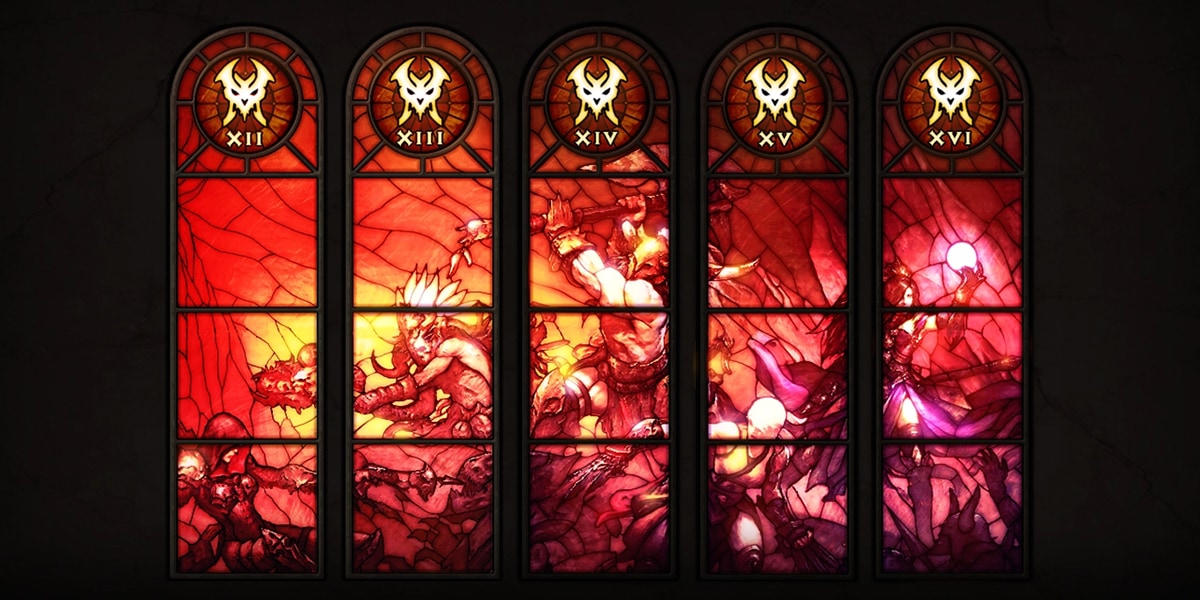 As mentioned above there are three new torment levels to give you more experience, blood shars and gold and of course better rewards from bounties and rifts. In the PC the developers have also added a search functionality to your stash which should help you massively getting the items you want instead of moving your mouse over them like now.

There's plenty to do in the new season including the season journey rewards and conquests, you can find those and other higher detail change notes here.