It was a pleasantly surprising E3 this year, given the announcement Sony wouldn't be in attendance for the first time, and rumors that it could have been the final E3 ever. Thankfully that proved not to be the case, and E3 will be back in 2020, but as with all E3 events, there were good, bad, and downright ugly moments, here's our roundup of how we feel this year's event went down.

And if you missed it, GameFront was live at E3 this year, and you can check out all our coverage here.

There was plenty of good at this year's event, and Microsoft, despite the competition from Sony, made a massive splash with their press conference and presence at the event. The biggest announcements to come out of Team Redmond included confirmation of their next generation console, Project Scarlett, with Halo Infinite being announced as a launch title for the new console. It was the first next gen game we got to get a glimpse of, and while the trailer was entirely pre-rendered, the console promises 120fps frame rates and 8K resolutions. It remains to be seen if it actually lives up to the hype, but it certainly has our interest.

Another big announcement that stole the show, and the entire internet, was Cyberpunk 2077, and specifically, Keanu Reeves. CD Projekt Red revealed that The Matrix star would be a key character in the upcoming game, not that it needed it, with a rather spectacular behind-closed-doors gameplay demo showed off at the event, which gamers will be able to see when PAX East takes place later this year.

Nintendo had an equally strong showing this year, though, with The Legend of Zelda: Breath of the Wild 2 being not so much revealed as heavily hinted upon. There's been plenty of rumor and speculation ever since, which was no doubt Nintendo's intention. Will Princess Zelda herself be a playable character for the first time? Will there be a heavy focus on co-op gameplay? It's certainly difficult to say with any certainty, but if Nintendo wanted people talking, they certainly accomplished that goal.

Watch Dogs Legion had a lot of new information revealed, and no doubt developers Ubisoft will feel they have landed on their feet given the current spotlight on London thanks to the ongoing saga that is Brexit. The new trailer shows us a lot of what life will be like in the virtual dystopia of London, and we also learned that this time around there'd be a much bigger focus on melee and non-lethal combat, which should prove much more fitting for the setting. It's certainly one we're excited for here.

Another hot game we're really looking forward to getting our hands on is Star Wars Jedi: Fallen Order. It promises to be something of a return to form for the Star Wars game franchise, and we now know it'll bare some similarity in terms of combat and mechanics to Dark Souls and games like Uncharted. The environments look absolutely drop-dead gorgeous, and with From Software behind development, we're really looking forward to this one.

Changing gears, another pleasant surprise this year was Gods and Monsters, a new game from Ubisoft which promises to take players on a mystical journey through a cel-shaded world of mythological creatures. It's certainly interesting, and it should fit quite nicely into the Nintendo games library.

Ghost Recon Breakpoint also seems like one to watch, with a promise of a much more dark, tense story focusing on a four man Spec Ops squad trapped behind enemy lines, with archaic AI drones everywhere threatening to take you all down, and a mercenary army also gunning for blood, not to mention the environments itself, given that the new injury system meaning a fall from a relatively modest height in game terms could you leave you with a broken leg, unable to walk.

Of course, Borderlands 3 goes without saying, too, with the behind-closed-doors gameplay demo being particularly impressive, with plenty of color and character, and a rather impressive boss fight too.

Of course, when we say "The Bad" - we mean in our opinion, but here are what we consider to have been the dissapointments, clunkers or downright daft moments from this year's E3.

We start with the dissapointing news that the new Splinter Cell game that was long rumoured was a mobile game. Yves Guillemot had hinted months ago that we'd see something soon from the Splinter Cell franchise, prompting a lot of speculation and hype, so when the reveal game that we'd be getting Elite Squad, a mobile only tactics game, we were a little deflated. The game itself looks like it might be fun, but the hype certainly didn't live up the reveal, unfortunately. Hopefully a full Splinter Cell game will be coming next year?

The Avengers reveal was a little anti-climactic, too. Both the trailer and the behind-closed-doors demo of the game fell a little flat for us, with pretty generic third-person gameplay and the inexplicable voice casting decisions and character changes. We were hoping for something a little more closely tied into the Marvel Cinematic Universe with innvoative co-op gameplay, but so far, what we've seen has fallen a little short.

Bethesda's decision not to bring more on The Elder Scrolls 6 to the show this year was also dissapointing - given they revealed the project was in development last year, it would have been logical to expect more this year. Sadly, this wasn't to be, and even though we knew before the show that this would be the case, we still can't help but feel a bit dissapointed.

There wasn't too much ugly this year, but the first mention we have to make is the Cyberpunk 2077 poster controversy. Just to be clear - we aren't refering to the game here - but the whole blow-up that occured over a simple poster in the game for a fictional drink called "ChroManticore" - the source of the contreversy? It had the tag line "mix it up" and an image of what may - or may not - be a transgender model on the poster. This was seen as transphobic by many - as the phrase "manticore" refers to an animal who has the parts of several different animals mixed together. Given this isn't the first time CD Projekt Red have found themselves in hot water for in-game posters being offensive. The artist who created it defended it, citing it as a critizism of corporatons who highly sexualise advertisements to sell their products in the world of Cyberpunk 2077. Whatever your views though, the controversy was another sour note for the company and the event. 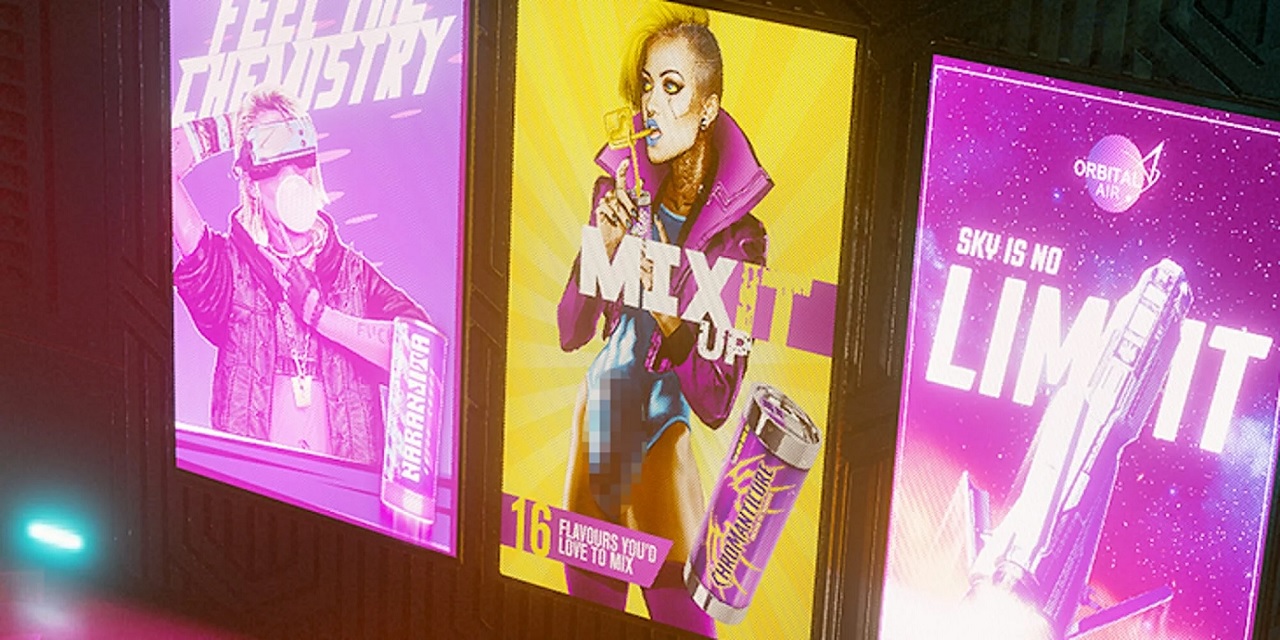 Sony's decision not to attend was also a huge talking point this year and it certainly changed the dynamic of the show. Nintendo and Microsoft were still out in force to anchor proceedings and certainly delivered, but we chouldn't help but feel we were missing a big chunk of the gaming landscape with Sony's absence. There was much speculation that this year's E3 would be the last one as a result, as it was felt that the industry was slowly turning away from the show as a way to show off their latest games and products.

Thankfully that's proven not to be the case. Overall, the event was a strong one, despite Sony's absence, and a banner displayed above the exits on the final day of the event confirmed that the show would be returning in 2020 - and GameFront will be in attendance once again.

Do you agree with our roundup? Let us know down below!